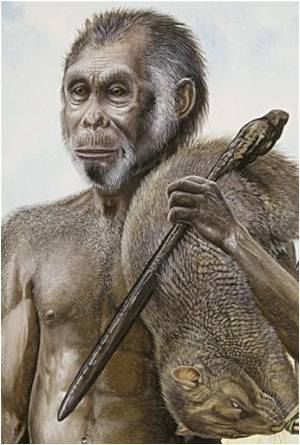 The Prince of Denmark rages at the "funeral baked meats" that coldly furnished the marriage tables at his mother's second wedding. Killing the husband and marrying his brother might not look civilized, but the latest discoveries seem to show that human civilization perhaps began with funeral feasts.

Researchers have found the remains of cooked tortoises and wild cattle called aurochs alongside the grave of a high-status woman, perhaps a shaman, at a site in the Galilee dating back 12,000 years. A shaman is a person who performs rituals and engages in other practices for healing or divination.

A new survey by the Local Government Association has indicated that many people in England and Wales are dying alone.
Advertisement

Based on the findings, approximately 35 guests ate meat from 71 tortoises and at least three wild cattle while attending this first known human-orchestrated event involving food.


"Scientists have speculated that feasting began before the Neolithic period, which starts about 11.5 thousand years ago," says Dr Natalie Munro of the University of Connecticut , who wrote the article which appears in Proceedings of the National Academy of Sciences.
Advertisement
"This is the first solid evidence that supports the idea that communal feasts were already occurring - perhaps with some frequency - at the beginnings of the transition to agriculture," says Munro.

The archaeological evidence was unearthed at Hilazon Tachtit Cave - a burial site in the Galilee region of northern Israel - where Munro and scientists from the Hebrew University in Jerusalem uncovered the remains of at least 71 tortoises and three wild cattle in two specifically crafted hollows.

The tortoise shells and cattle bones showed evidence of having been cooked and torn apart, indicating that the animals had been butchered for human consumption.

Munro says two hollows appeared to have been constructed specifically for the purpose of a ritual human burial and related feasting activities, and that the tortoise shells were situated on and near the remains of a ritually-buried shaman.

Meat from the discarded tortoise shells could have fed about 35 people, Munro says.

The find, she says, underscores the significance of feasting as an important social glue among early man, and said it probably was even an important development in the furtherance of human civilisation.

"A major reason why humans began feasting - and later began to cultivate their own foods - is because faster human population growth had begun to crowd their landscape," says Munro.

"People were coming into contact with each other a lot, and that can create friction. Before, they could get up and leave when they had problems with the neighbours."

"These public events served as community-building opportunities, which helped to relieve tensions and solidify social relationships."

The Neolithic subjects of this research are known as Natufians. They lived in the eastern Mediterranean region 15,000 to 11,500 years ago. They had not quite progressed to farming but had settled down

Funerals probably date back farther than this but because the Natufians were beginning to settle down, in a dry area, some evidence has now been uncovered, the researchers said.