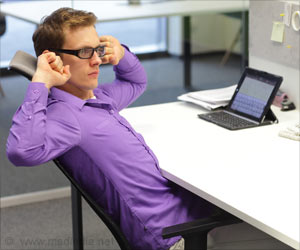 An unpredictable work week is a norm for growing numbers of low-wage workers, says a new study by researchers at the University of California-Davis. Nearly 40 percent of low-wage workers have worked variable hours for at least one four-month period after the start of the 2007-09 Great Recession. It makes it hard for them to plan for basic needs like paying rent or taking care of their kids.

"Since the Great Recession, so much of the conversation has been about unemployment completely," said Ryan Finnigan, an assistant professor of Sociology and Center for Poverty Research faculty affiliate who led the study, which he will present at the 111th Annual Meeting of the American Sociological Association (ASA). "There's another conversation, that's been much less prominent, about the quality of jobs that are replacing the ones that have been lost."

A study showed that US charitable giving rose for a fourth consecutive year in 2013, nearing the record pre-recession levels of 2007.
Advertisement
‘Employees who work inconsistent weekly work hours earned 15-20 percent less in a given month than those reporting stable schedules.’

Finnigan and sociology PhD candidate Joanna Hale looked beyond the record unemployment of the 2007-09 Great Recession to examine job stability. They found that even before the recession, workers who had inconsistent hours from week to week earned less and were more likely to live in poverty than workers with consistent hours. With the onset of the recession, they fared even worse.


The Rise in Unpredictable Work Schedules

For the study, Finnigan and Hale compared two samples from the U.S. Census Bureau's Survey of Income and Program Participation. The samples from 2004-07 (the survey period ended before the onset of the Great Recession in 2007) and 2008-13 followed a nationally representative total of 93,939 workers ages 25 to 55. Finnigan and Hale then looked at how many of these workers reported that their "hours vary" rather than report the number of hours they worked each week.

Greeks Turn to Dancing for Respite from Recession Problems

Hundreds of Greeks are turning towards 'swing' dancing in order to cope with the struggles of dealing with the problems of recession.
Advertisement
Their Key Findings

About 29 percent of workers in 2004-07 -- before the Great Recession began -- reported that their "hours vary" for at least a four-month period across that survey period. This percentage increased to almost 40 percent among the 2008-13 group of workers, a time period which includes the bulk of the recession and four years into the national economic recovery.

Across both samples, workers who reported inconsistent weekly work hours earned 15-20 percent less in a given month than those reporting stable schedules. They were also 30-45 percent more likely to be in poverty.

Unions made a difference. Before and after the Great Recession, workers who belonged to a labor union or lived in a state with higher-than-average rates of union membership were 2 percent less likely to have work schedules that changed from week to week.

"Unpredictable work schedules and unstable hours create significant costs of time and money for millions of workers and their families," Finnigan said.

Unstable work schedules cause hardships that extend beyond struggles to meet basic household costs like rent and groceries. They also make it difficult to keep a long-term budget or to plan for time with family, child care, and even the rest and relaxation that workers with regular hours can take for granted. Lack of a regular schedule can also make it more difficult to pursue more stable jobs and opportunities for education and training that can improve job prospects -- and income -- in the long term.

Finnigan said that the increase in workers with unreliable work hours reflects a trend toward more temporary and contract jobs across the pay spectrum. To reduce their labor costs, some service industry employers use "just-in-time" scheduling, which uses software that can determine the number of workers needed based on change in customer traffic down to the hour.

Unemployment may up the risk of death in people but recession could help cut mortality risk, reveals new research.
Advertisement
<< Socio-demographic Factors Affect Survival of Patients With M...
Healthy Lifestyle can Prevent Obesity and Eating Disorders i... >>

Employees Scared to Take Time Off Work in Recession Period

Today, employees are less likely to ask for benefits or take time off, as they know that many unemployed people want to take their jobs.

What you need to Know About Workplace Employee Wellness Programs & Corporate Wellness Portals
News Archive
News Resource
Advertisement
News Category
Milestone In Voluntary Blood Donation Achieved Samsung Reinvents Toilet for the Poor Which is a Better Form of Exercise: Daily or Weekly? First Phase of Foot-and-Mouth Disease Vaccination Shocking News: Polio Cases Return After a Decade in the US
More News
Sign up for Wellness Consult a Doctor Sign up for Selfcare

More News on:
What you need to Know About Workplace Employee Wellness Programs & Corporate Wellness Portals