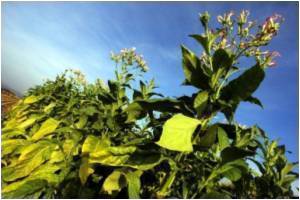 A caterpillar that has a unique defence mechanism against some of their predators such as wolf spiders, find researchers.

They discovered that a gene in hornworm caterpillars allowed them to puff nicotine out through their spiracles (tiny holes in their sides), from the tobacco that they ate, Fox News reported.

Study researcher Ian Baldwin, a professor at the Max Planck Institute for Chemical Ecology in Germany said that it was basically an insect eating a plant and then co-opting the plant for its own defense.


The researchers discovered the odd "defensive halitosis" while they were trying to find out how hornworm caterpillars could eat tobacco plants and survive despite the toxicity of nicotine within the tissues of plants.

Studying Zebrafish Brains and Nicotine
While researching neural pathways, it helps to establish an analogous relationship between a region ...

Risk of Nicotine Addiction Linked With Stress Hormone Levels During Pregnancy
A new study suggests that the risk of nicotine addiction is high among adult women whose mothers ......