"Although it is commonly understood that postmenopausal women, particularly those with early menopause, have an increased risk of developing coronary artery disease and it was thought that hormone replacement therapy (HRT) would help to remedy this, some well-known clinical investigations, such as the Heart and Estrogen/progestin Replacement Study (HERS), were unable to demonstrate an improved outcome in postmenopausal women using HRT," said Dr. Thomas Schindler, chief of nuclear cardiology at the University Hospitals of Geneva, Geneva, Switzerland.


"The exact mechanism behind this increased risk, however, remains uncertain," he added.


Some of the factors putting women at risk are an accumulation of body fat, insulin resistance, inflammation, dyslipidemia (disruption of lipid metabolism) and increases in arterial blood pressure.

Another important factor is the deprivation of naturally occurring estrogen.

For the study, the researchers evaluated the effect of long-term hormone replacement therapy with estrogen, mostly combined with progestin, on heart vessel function in 48 postmenopausal women who had been treated for coronary risk factors, such as hypercholesterolemia (high blood cholesterol) or arterial hypertension.

They were divided into groups according to HRT. The first group comprised 18 women who were on HRT at baseline and at follow-up positron emission tomography (PET) assessment of coronary endothelial function (the inner lining of the coronary vessels).

"Given that preventive medical treatment of coronary risk factors, such as statins (cholesterol-lowering agents) or angiotensin-coverting enzyme inhibitors, usually improves coronary endothelial function, it is not known whether HRT, which commonly promotes the release of endothelial-derived NO in postmenopausal women with already medically treated coronary risk factors, might still exert an additional protective effect on the function of the coronary endothelium and, thus, the development of coronary artery disease," said Schindler.

Applying PET, the researchers found that HRT widely maintained coronary endothelial function, while those postmenopausal women without HRT experienced a worsening in the endothelium function.

In addition, postmenopausal women who gave up HRT during the observational period demonstrated the most severe drop in the coronary endothelial function.

Bone Health of Postmenopausal Women Will Not Benefit From Estrogen Supplements
Dietary supplements that claim to have the power of estrogen and help postmenopausal women with bone health may not be as effective as previously believed, says a new study.
READ MORE 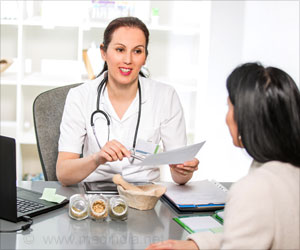