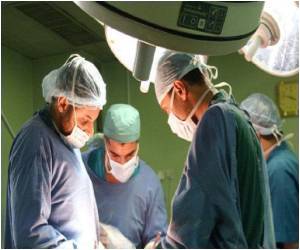 Around 40 to 60 percent of the studies either failed to take steps to minimize risk for bias or to at least properly describe those measures, a Johns Hopkins review of nearly 150 randomized controlled trials on children found.

A report of the team's findings in the August issue of Pediatrics shows that experimental trials sponsored by pharmaceutical or medical-device makers, along with studies that are not registered in a public-access database, had higher risk for bias. So were trials that evaluate the effects of behavioral therapies rather than medication, the report states.

"There are thousands of pediatric trials going on in the world right now and given the risk that comes from distorted findings, we must ensure vigilance in how these studies are designed, conducted and judged," says lead investigator Michael Crocetti, M.D., M.P.H., a pediatrician at Johns Hopkins Children's Center. "Our review is intended as a step in that direction."


Considered the gold standard of medical research, the hallmark of double-blind randomized controlled trials (RTC) is a design that rules out or accounts for actual or potential bias. Results of such studies, when peer-reviewed and published in reputable medical journals, can influence the practice of medicine and patient care. A poorly designed or executed trial can therefore lead researchers to erroneous conclusions about the effectiveness of a drug or a procedure.

A small hole or passage has developed in the muscle in the baby''s groin. Some of the intestine is poking out through this.
Advertisement
Citing the degree of bias risk in the studies they reviewed, the researchers caution pediatricians to be critical readers of studies, even in highly respected journals.

The investigators advise that when reading a report on a trial, pediatricians should not merely look at the bottom line but ask two essential questions: How did the researchers reach the conclusion? and Was their analysis unbiased?

Doctors should apply "smell tests," common sense and skeptical judgment about whether the conclusions fit the data, especially when a study boasts dramatic effects or drastic improvement.

Crocetti and colleagues used the Cochrane Collaboration tool, which assesses risk for bias along six critical aspects including randomization  randomly assigning patients to different treatments  and masking, the degree to which neither the patient nor the doctor knows which group of patients is receiving an active drug or intervention versus a placebo.

Investigators say that by analyzing each clinical trial along these and four other dimensions, the Cochrane Collaboration can answer what are perhaps the most important questions in medical research: How strong is the causal relationship between the therapy and the effect? and How valid are the conclusions made about the effect of the therapy?

"Industry funding is an important driver of medical discovery, but it is critical for investigators involved in such trials to ensure not only that the studies are conceived and executed cautiously with minimum risk for bias, but that any precautions taken against bias are also reported transparently," Crocetti says.

Trial registration  and the transparency commitment it reflects  is a key step in reducing bias or its influence, the researchers say. In their evaluation, registered trials were nearly 70 percent more likely to have robust randomization than non-registered trials, probably because the registration process itself forces researchers to answer many questions related to trial design and execution. Therefore, the investigators say, registering pediatric trials in the public domain will not only increase transparency but, in the long run, improve the validity of their results. In 2005, the International Committee of Medical Journal Editors called for registering all medical trials involving human subjects with www.ClinicalTrials.gov, a massive public repository of more than 70,000 trials from all over the world. However, less than 60 percent of the pediatric trials in the review were registered there.

The researchers also found that most of the trials (57 percent) either failed to use proper techniques that ensure anonymity or "blinding" to the type of treatment a patient gets, or they failed to clearly describe these techniques. The technique, called allocation concealment, ensures that neither the researcher nor the patient can guess which treatment they will get. The method also helps ensure that the treatment of one subject will not reveal to either scientists or the patients clues about the treatment of the next subject. Trials involving behavioral therapies were four times more likely to have this problem.

Overall, nearly 20 percent of the trials used improper masking techniques to ensure that neither the patient nor the researchers know which treatment went to which patient.

Pyloric stenosis in a child is narrowing of the pylorus due to which the milk cannot pass into the small ...
This site uses cookies to deliver our services.By using our site, you acknowledge that you have read and understand our Cookie Policy, Privacy Policy, and our Terms of Use  Ok, Got it. Close
×