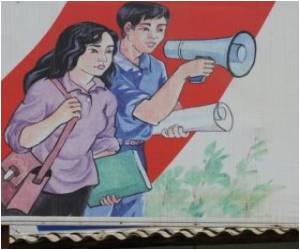 UC San Francisco researchers found that 60 percent of the city's homeless and unstably housed women who are HIV-infected or at high risk to become infected have endured a recent experience of some form of violence.

"We looked at all types of violencephysical, sexual and emotional. We expected to find higher rates than those reported in the general population, but we were surprised at the amount of harm inflicted upon this incredibly vulnerable population of women and the multitude of perpetrators," said study principal investigator, Elise D. Riley, PhD, associate professor of medicine at the UCSF HIV/AIDS Division at San Francisco General Hospital and Trauma Center.

The study appears July 17, 2014 online in "First Look" in the American Journal of Public Health.


The study found that, during the prior six months alone, just under two-thirds of the 291 participants experienced recent emotional violence, while just under one-third experienced physical violence and just under one-third experienced sexual violence.
Advertisement
"We were aware that domestic violence is a serious problem in this population; one that led to the recent death of a homeless woman in San Francisco. However, it's even more extensive than that. Our finding that the women participating in our study are also victimized at similar rates, and sometimes even higher, by individuals throughout their neighborhood, unmasks an environment saturated with violence," said Riley.

Contrary to prior studies of women from the general population, researchers found that social isolation decreased the odds of the women in the study experiencing violence. They go on to suggest that social isolation may be a means for some impoverished women to extricate themselves from dangerous environments in the absence of other options.

"Since social connectedness has been shown to benefit patients with mental health diagnoses, it is counter intuitive to think that social isolation could be protective. However, it is important to look at the context, and if the context is threatening and negative, it's safer and better for you to be by yourself. Clearly, the settings in San Francisco in which homeless and marginally housed women find themselves are incredibly chaotic with threats of violence commonplace," said study senior author, Martha Shumway, PhD, UCSF associate professor of psychiatry at San Francisco General Hospital and Trauma Center.

In another finding, the study noted that participants having a greater number of psychiatric diagnoses increased the odds of them experiencing violence.

"In the women we studied, the amount of mental health issues we found was stunning. And, regardless of how many mental health diagnoses one had, just one more issue was associated with more negative outcomes," said Shumway.

The authors recommend comprehensive violence screening in health care settings that includes inquiries regarding intimate partners as well as people who are not intimate partners, and referrals to mental health services equipped to handle high levels of psychiatric comorbidity.

One in Six Adolescents Visiting the ER Has Experienced Dating Violence
One in five girls and one in eight boys reported dating violence in the past year, of adolescents .....