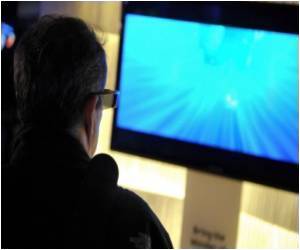 A new study has pointed out that the risk of heart disease goes up by 7% with every hour of watching the television.

British researchers have found that if the average of four hours of television a day in the study were reduced to one hour, then eight per cent of deaths from heart disease could have been prevented.


The link between TV and heart disease was still strong even when lack of exercise, obesity, diet and smoking were taken into account.


This implies that watching TV was independently linked to heart disease and the effect is not simply due to be inactive while watching television.

Conducted by the Medical Research Council, the research, examined more than 13,000 healthy middle-aged men and women in Norfolk.

Of these deaths, 30 could have been prevented if the average person watched one hour of television per day instead of four.

"Our bodies are not designed to sit for long periods and we should be aware that, as we put in the TV-hours watching the World Cup, our risk of heart disease is probably increasing," the Telegraph quoted Dr Katrien Wijndaele, co-author of the study from the MRC, as saying.

"It might seem obvious that watching TV is linked to heart disease but it's really crucial that we look closely at how our lifestyles affect our health in order to develop more effective ways of improving the health of the nation. This type of research is a crucial part of informing public health advice.

"We need further research to see if other sedentary activities, like sitting behind a computer or in the car, generate the same results. However, we chose to focus on TV as it's the most widespread sedentary leisure activity where people have an active choice to dramatically change their behaviour," he added.

Dr Ulf Ekelund, co- author of the study from the Medical Research Council said: "If my normal risk of dying by heart disease was 10 per cent and I also watched four hours of television a day (the national average) my risk would jump to 13 per cent."

"Substituting watching TV and sitting down for exercise such as brisk walking is the ultimate goal, but watching a couple of hours less TV a night and being physically active for at least 30 minutes a day can substantially reduce our risk of heart disease.

"In the future, doctors could use the number of hours spent in front of the TV as part of their assessment of our overall risk of heart disease," he added.

The study was published in the International Journal of Epidemiology.