Your Sneezing Style Shows your Personality 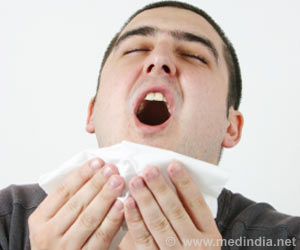 Sneezing absorbs all the functions of the soul just as much as the (sexual) act, but we do not draw from it the same conclusions against the greatness of man, because it is involuntary; although we bring it about, we do so involuntarily. It is not for the sake of the thing in itself but for another end, and is therefore not a sign of man's weakness, or his subjection to this act. - Blaise Pascal, the French scientist and philosopher.

Sneezing or sternutation is the forcible expulsion of air from nose and mouth. It is an involuntary action caused mainly by irritation of the mucus membrane of nose. Sneezing is also caused by some allergens such as pollen grains, dust particles, etc. A recent US study suggests that sneezing can reveal a lot about your entire personality.

Dr. Alan Hirsch, a psychiatrist, neurologist and founder of the Smell & Taste Treatment and Research Foundation in Chicago said that your sneezing pattern reflects certain specific components of your personality. He mentioned that till date no studies have been conducted to examine different sneezing styles and what they indicate.


"Sneezes are like laughter. Some (laughs) are loud, some are soft. And it's similar with sneezing. It will often be the same from youth onward in terms of what it sounds like," he said. "It's more of a psychological thing and represents the underlying personality or character structure."

An extrovert and outgoing person is likely to have an explosive and loud sneeze. But a shy and timid person will have a Minnie Mouse-type sneeze.

"In general, sneezing is an involuntary phenomenon, part of the body's mechanism of defense, a way of clearing out bacteria or other agents that would be injurious," says Dr Gordon Siegel, a Chicago-area otolaryngologist. "That being said, you can control to a degree the way it comes out."

Dr. Siegel said that the shape of one's nose and the structure of bones of one's face affect some degree of one's sneezing style.

Doctors Say Girl Who Sneezes Continuously Has PANDAS
Doctors have said that an American girl, who sneezes up to 12,000 times a day is suffering from PANDAS (Pediatric Autoimmune Neuropsychiatric Disorder Associated with Streptococcus).
READ MORE

Five Vital Tips to Reduce Sneezing During Spring
With the official start of spring about six weeks away, for many Americans the start of allergy season is close at hand.
READ MORE