Sitting Test Can Determine Your Mortality 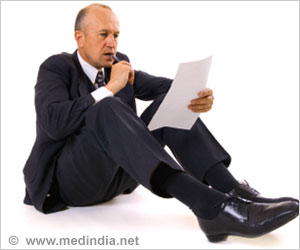 A simple sitting and standing test can determine your longevity, says a new study.

The test which was carried out by Dr. Claudio Gil Araujo and his team at the Clinimex-Exercise Medicine Clinic in Rio de Janeiro, Brazil, evaluates a person's ability to sit on the floor and rise, unaided. This study basically helps to evaluate the musculo-skeletal fitness of a person.

During the study, Araujo and his colleagues assessed more than 2,000 middle-aged men and women in the year 2002 and followed them up for approximately six years or until they died.


Before the test, the subjects were given the following simple instructions, "Without worrying about the speed of movement, try to sit and then to rise from the floor, using the minimum support that you believe is needed."

The study revealed that those who could lift themselves up easily from the floor without aid had the ability to carry out a wide range of daily activities such as bending over to pick an object from under a table.

During the course of study, those who raised themselves from the floor with the help of their hand or knee had lower scores and a were found to have a two-fold higher death rate when assessed over a six-year period while those with higher scores had a lower death risk during the study period.

It has always been known that aerobic fitness is strongly related to increased survival but this study has helped to reveal that increased levels of body flexibility, muscle strength, power-to-body weight ratio and co-ordination are important, not just for performing daily activities but also for survival.

Musculo-skeletal fitness is vital to your overall health and longevity. So do what it takes to maintain your fitness, for a longer and healthier life.

The result of the study has been published in the European Journal of Cardiovascular Prevention. 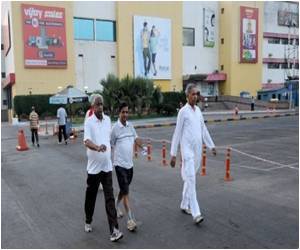