UK Government Urged to Mandate Enrichment of Flour With Folate

Written by Chrisy Ngilneii
Medically Reviewed by The Medindia Medical Review Team on January 31, 2018 at 6:47 PM 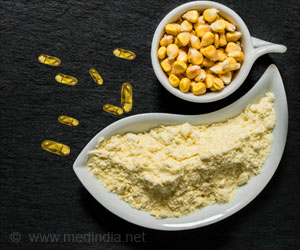 The study shows that the maximum suggested intake of folate (1 mg/day) is based on a 'flawed' analysis. The findings support recent calls for the Department of Health to approve the fortification of flour with folic acid, in order to protect babies from having neural tube defects.

Neural Tube Defects
Neural tube defects are abnormalities that affect the brain, spine and spinal column of the developing embryo and appear during the first month of pregnancy.
Advertisement
‘This study shows that the scientific basis for setting an upper limit for intake of folate is flawed and should be removed. Sufficient intake of folate could help prevent two serious fatal or disabling disorders - anencephaly and spina bifida.’

Anencephaly and spina bifida (collectively referred to as neural tube defects) are serious and relatively common birth defects, affecting 1 in every 500-1,000 pregnancies. In 1991, a Medical Research Council randomized trial showed that increasing folic acid intake immediately before and early in pregnancy prevented most cases of neural tube defects.

Vitamin B9
Vital info about vitamin B9, its molecular structure, dietary sources, beneficial aspects, symptoms of deficiency and toxicity, supplementation tips and related research news are discussed in detail
Advertisement
Despite successive recommendations, the UK has not introduced mandatory fortification. One reason given is that this might lead to more people having a folate intake above an 'upper limit' suggested by the US Institute of Medicine2 (IOM). However, the study claims that the IOM analysis was 'flawed' and there is no need for an upper limit.

The IOM analyzed the results of studies, mainly conducted half a century ago, on individuals with B12 deficiency who had been wrongly treated with folic acid, and claimed that neurological damage tended to occur more frequently in patients treated with higher doses of folic acid. The IOM concluded that treating individuals with vitamin B12 deficiency with higher doses of folic acid might lead to an increased risk of neurological damage.

The new re-analysis of the data finds no relationship between the dose of folic acid and the development of neurological damage. The neurological damage was not caused by folic acid - it arose by not treating B12 deficiency with vitamin B12. As a result there is no need for a folate upper limit (just as there is no upper limit for other B vitamins such as B1, B2, B5 or B12).

Lead author Professor Sir Nicholas Wald from the Wolfson Institute of Preventive Medicine at Queen Mary, who also led the original 1991 randomized trial, said: "With the upper limit removed there is no scientific or medical reason for delaying the introduction of mandatory folic acid fortification in the UK and other countries that have not yet adopted this proven public health intervention."

"Failing to fortify flour with folic acid to prevent neural tube defects is like having a polio vaccine and not using it. Every day in the UK, on average two women have a termination of pregnancy because of a neural tube defect and every week two women give birth to an affected child."

In the UK, white flour is already fortified with iron, calcium and other B vitamins (niacin and thiamin).

Co-author Professor Joan Morris from the Wolfson Institute of Preventive Medicine at Queen Mary said: "From 1998, when the United States introduced mandatory folic acid fortification, to 2017, an estimated 3,000 neural tube defects could have been prevented if the UK had adopted the same level of fortification as in the US. It's a completely avoidable tragedy."

Co-author Colin Blakemore, former head of the Medical Research Council, said "Spina bifida is one of the most common disabling birth defects, but British research has shown that this tragic condition is a vitamin deficiency that can easily be prevented. Eight-one other countries have benefited from this research, which was funded by the British taxpayer. It's time for the British public to reap the full benefits of that research."

Megaloblastic Anemia
Megaloblastic anemia is a condition characterized by the formation of unusually large, abnormal and immature red blood cells called as megaloblasts in the bone marrow.

Vitamins - Myths and Facts
Many people take a daily dose of vitamins, believing in their magical properties. But, what science has to say is something completely different!

Iron & Folate Deficiency Anemia In Pregnancy
News Archive
News Resource
Advertisement
News Category
Milestone In Voluntary Blood Donation Achieved Samsung Reinvents Toilet for the Poor Which is a Better Form of Exercise: Daily or Weekly? First Phase of Foot-and-Mouth Disease Vaccination Shocking News: Polio Cases Return After a Decade in the US
More News
Sign up for Wellness Consult a Doctor Sign up for Selfcare

Selfie Addiction Calculator Blood Donation - Recipients How to Reduce School Bag Weight - Simple Tips The Essence of Yoga Calculate Ideal Weight for Infants Daily Calorie Requirements Blood - Sugar Chart A-Z Drug Brands in India Drug Interaction Checker Color Blindness Calculator
This site uses cookies to deliver our services. By using our site, you acknowledge that you have read and understand our Cookie Policy, Privacy Policy, and our Terms of Use