Traveling Underground can be Harmful for Your Health 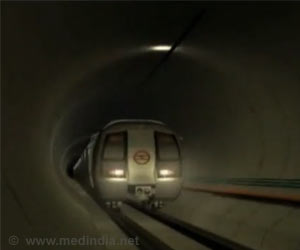 Traveling in a tube is not at all easy. A variety of annoyances are associated with such travel. Sandwiched between people, tolerating unbearable body odors and loud music played by a fellow passenger are just few examples of a multitude of irritations encountered while traveling in a tube.

Recently scientists have claimed that tube travel not only spoils your mood, but also have adverse effects on your overall health.

The tiny mettle dust particles present in the tube atmosphere can be injurious to your overall health.

Matt Loxham and colleagues evaluated the particulate matter in an underground European station.

Matt said, "The ultrafine dust is typically composed of 'inert matter' which does not pose much of a risk."

However Loxham said, "In the underground station we studied, the ultrafine dust was at least as rich in metals as the larger dust particles and therefore, taken together with their increased surface area to volume ratio, it is of potential significance in understanding the risks of working and traveling in the underground.

These tiny dust particles have the potential to penetrate the lungs and the body more easily, posing a risk to someone's health."

The ultrafine dust particles penetrate the barrier lining the air passages and enter the body tissues and the blood circulation.

The harmful effects of fine dust particles are not confined and limited to airways but vital organs like cardiovascular system, brain, kidneys and liver.

"The high level of mechanical activity in underground railways, along with very high temperatures is key in the generation of this metal-rich dust, and the number of people likely to be exposed means that more studies into the effects of (dust) in the underground railway environment are needed."

According to the experts ill-ventilated underground railway stations are the ideal environment for toxic dust particulates to get accumulated.

The scientists of the University of Southampton were of the opinion that further research was required to identify the risks of travelling in underground stations for prolonged periods.

Mr. Loxham stated, "Underground rail travel is used by great numbers of people in large cities all over the world, for example, almost 1.2 billion journeys are made per year on the London Underground."

However, Howard Collins, London's Underground Chief Operating Officer, mentioned, 'We have carried out monitoring of dust levels on the Tube for many years to re-assure our passengers and staff.'

Finally it can be said that no conclusions should be drawn about London Underground from this study and similar studies should be conducted at other European stations. 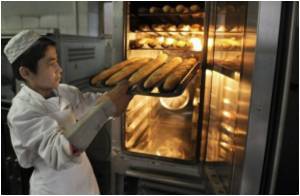 Links Between Sahara Dust and Respiratory Diseases in Cuba Being Analyzed
Cuban experts are analysing possible links between the dust blowing in from the Sahara desert and the high incidence of respiratory diseases and bronchial asthma in the island.
READ MORE

House Dust from Homes With Dogs Protects Against Respiratory Infection Linked to Childhood Asthma
Mice study shows house dust from homes with dogs could protect against infection with a common respiratory virus that is associated with the development of asthma in children.
READ MORE