New medical adhesive that sticks really well to moist tissues, is biocompatible and that aids in better wound healing, has been created by a research team at the Wyss Institute for Biologically Inspired Engineering and the John A. Paulson School of Engineering and Applied Sciences (SEAS) at Harvard University. The research appears in the journal Science.

Anyone who has attempted to stick a Band-Aid plaster on a wet skin would have found it highly frustrating to say the least. The story is the same when it comes to developing a tissue adhesive that sticks strongly to the moist tissues within the body or skin, and that also aids in healing and repair of wounds at the same time with improved wound healing and strong stable scar.
Slug Inspired Adhesive Sticks to Wet Tissues, Improves Wound Healing

In the course of research for such an adhesive, first author of the current study, Jianyu Li, Ph.D. (former Postdoctoral Fellow at the Wyss Institute and now an Assistant Professor at McGill University), stumbled upon a possible solution in an unlikely organism: the humble slug.


The Dusky Arion (Arion subfuscus), occurs commonly in Europe and parts of the United States, and when threatened, secretes a sticky glue that fixes it to the spot making it difficult to be pulled away by the predator.

The adhesive polymer binds to biological tissues by the following mechanisms resulting in an extremely strong bond that would be difficult to break, namely:
Li adds that while earlier studies exploring similar solutions have focused only on the polymer based adhesive component that sticks to the tissues, the matrix layer is equally important.

"Most prior material designs have focused only on the interface between the tissue and the adhesive. Our adhesive is able to dissipate energy through its matrix layer, which enables it to deform much more before it breaks."

The current study's matrix layer includes calcium ions that are bound to the alginate hydrogel via ionic bonds. If great stress is applied to the adhesive, these "sacrificial" ionic bonds will first break first, making the matrix absorb a large amount of energy before the tissue-polymer bond becomes compromised.

Testing the Strength of the Polyacrylamide Matrix Plus Polymer Based Glue
"The key feature of our material is the combination of a very strong adhesive force and the ability to transfer and dissipate stress, which have historically not been integrated into a single adhesive," says corresponding author Dave Mooney, Ph.D., who is a founding Core Faculty member at the Wyss Institute and the Robert P. Pinkas Family Professor of Bioengineering at SEAS.

Potential Applications of this Tissue Adhesive

Naturally, a strong and stable medical adhesive using a high performance material would find several applications in the medical field including:
"This family of tough adhesives has wide-ranging applications," says co-author Adam Celiz, Ph.D., who is now a Lecturer at the Department of Bioengineering, Imperial College London. "We can make these adhesives out of biodegradable materials, so they decompose once they have served their purpose.
In conclusion, it is truly amazing how the answers to some of the most challenging problems are found in the most unimaginable places. This study is indeed a shining example.

"Nature has frequently already found elegant solutions to common problems; it's a matter of knowing where to look and recognizing a good idea when you see one," says Wyss Founding Director Donald Ingber, who is also the Judah Folkman Professor of Vascular Biology at Harvard Medical School and the Vascular Biology Program at Boston Children's Hospital, as well as a Professor of Bioengineering at Harvard's School of Engineering and Applied Sciences. "We are excited to see how this technology, inspired by a humble slug, might develop into a new technology for surgical repair and wound healing."

Wound Healing Properties of Ficin Discovered
Ficin is an enzyme obtained from the figs latex found to possess wound healing properties. It can be useful in treating the biofilms formed by Staphylococcus.
READ MORE

Wound Healing Technology That Curbs Bacterial Infection
Bacteria is responsible for chronic and serious infections in people with lung diseases, such as cystic fibrosis, and in chronic wounds.
READ MORE 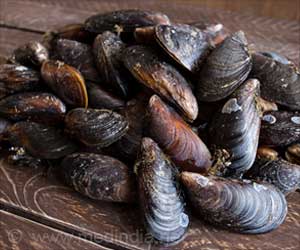 Electroactive Bandage for Wound Healing Developed
A high-tech electroactive bandage that creates an electric charge to help promote the healing process of wounds has been developed by US space agency NASA.
READ MORE