Higher maternal age at the time of delivery may cause food allergy in their offspring and the male infant is more at risk for food allergy diagnosis, according to a US study published in the Nutrition Journal. 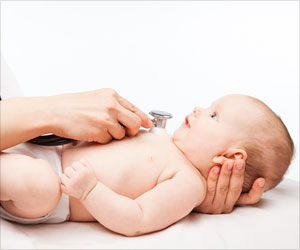 Development of childhood allergic diseases is a consequence of low gut flora in the child. The newborn is first colonized by gut microbes at birth, which originate mainly from the mother's gut and vaginal tract. It is seen that children born by C-section are colonized with bifidobacteria and lactobacilli later than vaginally delivered children, and are prone to more frequent respiratory allergies. Breast feeding also promotes growth and activity of important gut flora such as bifidobacteria and lactic acid bacteria.

Results of a preliminary research from Pennsylvania State University College of Medicine, USA, suggested that appropriately-selected and suitably-dosed probiotic supplements can have a positive impact in treating allergic disorders.

Since gut flora, which are immunomodulators (agents that augment or diminish immune responses), are disrupted in infants with allergic conditions Kelly Dowhower Karpa and her colleagues undertook a study to investigate whether perinatal (from 20-28th week of gestation to 1-4 weeks after birth) factors, such as C-section delivery, use of antibiotics and time spent in a neonatal intensive care unit (NICU), known to disrupt gut flora increase the risk of food allergies.

The results were as follows:

 Male infants were much more at risk of food allergy.

 Higher maternal age at the time of delivery was significantly associated with food allergy diagnosis of their children.

The authors, however, suggested further research regarding these associations. They concluded - 'It is conceivable that male neonates born to older mothers might benefit the most from early intervention with probiotic therapies, but this remains to be explored'.

People with wheat allergy have an abnormal immune response to one or more of the proteins present in wheat.

Every season can be an allergy season, depending on what you're allergic to. - Clara ...

A genetic signature for a severe, often painful food allergy - eosinophilic esophagitis has been discovered by researchers.

Celiac disease is labeled as a digestive disorder associated with malabsorption as well as an abnormal immune reaction to gluten.

Over-the-counter (OTC) drugs can be bought without a prescription. OTC allergy medications are for the allergy sufferer to choose the right over-the-counter drugs.

The plants around you that give you sniffles in your nose at specific time of the year are the source of allergy causing pollens.

Understanding the cause and mechanism of seasonal allergy can help in choosing the right treatment.