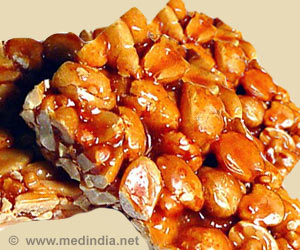 Grain-based snack, when eaten one hour before meals over 8 weeks, contributes to weight reduction.

Several studies have emphasized the beneficial effects of nut consumption. Products containing peanuts and tree nuts are considered rich in micronutrients and protein. These foods have been found to reduce blood sugar levels following a meal and give a feeling of fullness. This, in turn, reduces intake of other high calorie foods and can contribute to weight reduction. However, not all studies have demonstrated a loss of weight with nut consumption, probably due to the high calorie content of nuts.

A study published in the Nutrition Journal studied the effect of eating 23g of peanut on post-meal satiety of healthy adults, and the long-term effect of eating 28g/day on body mass of overweight adults over an 8-week period. The peanuts were consumed one hour before meals. The effects of peanut intake were compared to that of intake of a prepackaged, carbohydrate-rich, grain-based snack bar that provided 140 kcals.


This study did not find an effect of nut consumption on body weight over time. However, it did unexpectedly find that the grain-based snack bar reduced body weight over an 8-week period. The grain bar gave a more feeling of fullness after the meal, which lasted even 2 hours following the meal. The glucose levels were significantly higher during this period as compared to after peanut intake, which could have probably contributed to the feeling of satiety.

Thus, eating a grain bar around an hour before food may reduce your overall food intake and be an easy and inexpensive way to lose weight! 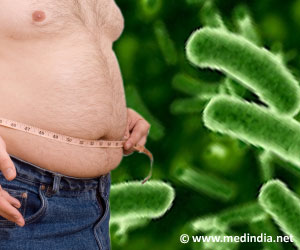 Grains
Grains make the foundation of good nutrition. The food guide pyramid shows that you need generous amounts of these foods each day to maintain health and prevent disease.

Reasons? Our support group will tell you why!