CRISPR-Cas9 system is a gene editing tool that is used to edit specific sequences of DNA and replace it with another sequence. This system is now being used by scientists to correct mutations in the hematopoietic stem cells to treat a rare immunodeficiency disorder called chronic granulomatous disease (CGD).

The cells that were engineered using this technology were grafted successfully into mice for a period of 5 months. The success of the grafted engineered stem cell indicates the potential application of the CRISPR-Cas9 system in the therapeutic applications for inherited diseases.
CRISPR-Cas9 Effective Against Genetic Disorder

The CRISPR-Cas9 system could be useful in altering the mutations that are found to cause diseases, with the alteration occurring in a laboratory and then implanting them back into the body. This allows selective isolation of the cells which need to be altered and the CRSPR-Cas9 system can be controlled. Most often, the mutations that are produced by the CRISPR-Cas9 system may be non-specific and lead to unwanted mutations. However, carrying out these alterations in the genes in a controlled setting could limit the risk for these unwanted mutations.


The use of CRISPR-Cas9 system has its fair share of flak due to the unintended mutations. A research team lead by Dr. Suk See De Ravin and associates utilized this ex-vivo gene editing approach that involved the use of this approach in the treatment of chronic granulomatous disease. This is a genetic disorder with limited treatment options that leads to life-threatening infections with the need for antibiotics in the long run. It is caused due to a defect in the NOX2 protein, a vital protein that is required by the immune system to destroy bacteria.

Chronic granulomatous disease does not have a reliable treatment and, so, engineered stem cell transplantation could offer a potential method of treatment. However, the use of this gene editing system does hold a risk of lethal complications that could result in toxicity.

The research team succeeded in:

This system is a part of an adaptive system that was developed in bacteria for immunity against virses and plasmids. The Cas9 is an endonuclease which uses a guide that target sequences, of DNA and induce a site-specific double-strand break in the DNA.

Researchers Jennifer Doudna and colleagues who developed this method of gene editing, made necessary changes to the target DNA which would then bind to the specific target DNA. The CRISPR -Cas9 system was found to be simple and contained a unique DNA cleaving mechanism with the capacity of target recognition that was multiplexed.

There are many naturally existing CRISPR-Cas9 variants and they can be used for cost effective treatment measures. It can be used to modify, target, edit and regulate a large amount of genomic DNA loci across many cells and organisms.

This gene editing tool has resulted in a complete revolution, providing a unique solution to many gene editing systems.
The CRISPR-Cas9 system has completely revolutionized gene therapy and the care that it can offer patients with genetic diseases and with no line of treatment. The current study that gene engineered cells could be successfully implanted into mice showed that a promising treatment could soon be round the corner.

First Human Trial of CRISPR-Cas9 System Raises Hope for Cancer Cure
The first ever human trial of CRISPR-Cas9 system was successfully conducted on a lung cancer patient who did not respond to chemotherapy and radiation.
READ MORE 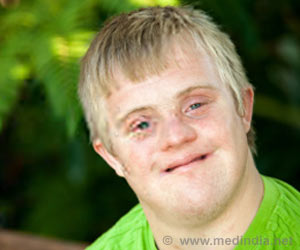