Dr. Christian Frezza and colleagues from The Medical Research Council of The University of Cambridge have identified gene signatures that are associated with metabolism which correlates with poor prognosis of cancer patients. This study will revolutionize cancer progression assessment and will equip physicians and oncologists with greater insight for better treatment and care.
Cancer Prognosis Associated With Gene Signature

Cancer progression in the body depends on certain metabolic changes that occur in the cell and which provide the cancer cells with the energy to grow and to replicate.


‘Mitochondrial pathways could hold the key for cancer metastasis’

Oncogenes promote the growth of cancers and have been associated with many cancers. These genes are associated with the origination of cancer while the scientists in the study examined the underlying factors for disease progression.

Scientists in the current study aimed at identifying the genes that play an important role in metabolic pathways that transform normal cells into cancerous cells. An insight into these genes will aid in understanding the steps involved in cancer growth and the pathways that lead to the progression of cancer.

"Cellular metabolism is known to be a key part of cancer progression. In our work we used data on patient's prognosis to identify a genetic signature related to metabolism that correlated with poor clinical outcome. Using this information, it could be possible in the future to tailor treatments specific to patients. This genetic signature also gives a new target for the development of drugs that could prevent a cancer from spreading throughout the body,"added Dr Frezza.

The genes associated with OXPHOS pathway, which is a pathway in the mitochondria of the cell and is involved in energy production and associated with diabetes and obesity. However, the researchers in this study found that these genes could be used to predict the prognosis of cancer patients.

Poor Cancer Prognosis: The genes associated with the OXPHOS pathway are down-regulated in patients with poor cancer prognosis.

Poorer Cancer Prognosis: The suppression of the genes associated with OXPHOS pathway is an indication of poorer prognosis of cancer as it leads to metastasis.

"The work will inform future patient stratification efforts and demonstrates the important links between metabolism and cancer. Further validation of this work may allow us to predict with greater accuracy a patient's long term survival and design a treatment strategy personalized to improve their chances of living longer," said Dr. Adam Babbs, MRC's Program Manager for Research. 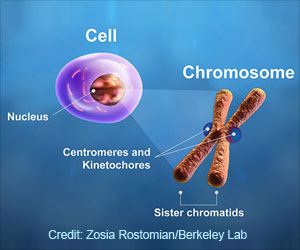 Higher Score of Markers Spell Poor Prognosis of Cancer
A set of 14 genes have been identified which could act as biomarkers for cancer prognosis, higher the score worse the prognosis.
READ MORE

Treatment and Prognosis of Squamous Cell Cancer
Squamous cell cancer is usually treated with surgery. Prognosis depends on the extent of the cancer and the immunity status of the patient.
READ MORE