Brain 'Rewires' Itself To Improve Hearing, Memory and Cognition in the Blind

The visual faculty may be absent in people who are born blind, but the brain is found to create new connections that compensate for the loss by improving the other senses, like that of hearing, touching and smelling, along with improvements in cognitive ability. These enhancements have been documented by a research team from the Massachusetts Eye and Ear institute, published in PLOS One, in which the structural, anatomical and the functional changes that occur in the brain when the baby is born blind are detailed for the first time.
Brain 'Rewires' Itself To Improve Hearing, Memory and Cognition in the Blind

A scientist at the Massachusetts Eye and Ear institute's Schepens Eye Research Institute, Dr. Corinna M. Bauer, who is also the lead author of the study, said that their results show that the functional as well as structural changes that occur in the brains of people post ocular blindness are more rampant that previously believed. The author, who is also an instructor of ophthalmology at Harvard Medical School said that significant changes were not only identified in the occipital cortex but were also identified in the regions of the brain associated with language processing, memory and sensory motor functions.


‘Brains of blind people program themselves to use other senses and cognitive abilities in order to compensate for vision loss.’

The research team utilized both the diffusion based and resting state MRI multimodal brain imaging techniques to identify changes that occur in the brains of 12 subjects, who were born blind or who became blind before the age of 3 years. These scans were then compared with the brains of 16 normal sighted age matched subjects.

The study found that among those who showed signs of early blindness
These findings suggest that the brain rewires itself, to improve the other senses when there is an absence in visual information. The brain is believed to 'rewire' itself, made possible through neuroplasticity, a process by which the brain is able to adapt to the experiences.

The research team believes that this study could be used to enhance the experience of visually challenged individuals, providing them with the right kind of support, by understanding their strengths. The study findings can be used for effective rehabilitation, which will help improve other associated faculties, compensating for the loss of visual information.

Dr. Lotfi Merabet, who is the senior author of the study and the Director of Schepens Eye Research Institute of Mass. Eye and Ear's Laboratory for Visual Neuroplasticity, said that according to the study, there are changes in the brain which aid in utilizing the information gathered in a more effective manner even when the subjects were profoundly blind. Dr. Merabet, who is also an associate professor of ophthalmology at Harvard Medical School, said that the study brings to the fore the ability of the brain to rewire itself. When the brain can rewire itself, then improved training could enhance hearing, language skills and the ability to feel and improve aspects like braille reading.

The study provides evidence that the brain has the ability to adapt to the environmental changes and that, through proper training other faculties can be enhanced in every individual.

The senior author of the study, Dr. Lotfi Merabet, and his colleague Dr. Alvaro Pascual-Leone, have been studying the remarkable ability of the brain to re-organize itself after sensory loss for many years, and have published a study in 2010 titled "Neural Reorganization Following Sensory Loss: The Opportunity Of Change".

The research delves into the changes that occur when the individual is blind or deaf. Just like in people who are blind, the study showed that there were other senses, among the deaf, which were intact and aided in interaction with the environment. The study provided examples of enhanced sensory stimulation among the deaf, which include
The loss of a faculty has been shown to be associated with a compensatory enhancement in other faculties, which will improve the interaction of the individual in the social scenario. The findings of the study can be used to devise training methodologies which will better guide people with improper vision or hearing, into becoming independent with the other faculties. Such constructive training will prepare them for a better quality of life, and further enhance their natural adaptability. 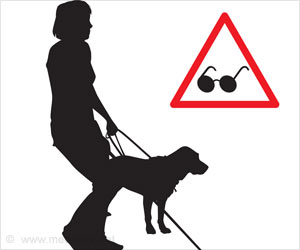 Visual Impaired People Use Visual Cortex in the Brain to Solve Maths
The visual cortex also known as the visual area, involved in doing maths is similar in both blind as well as sighted people.
READ MORE 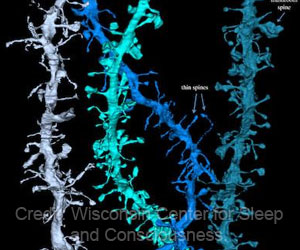