Autistic Traits More Likely to be in Scientists And Engineers 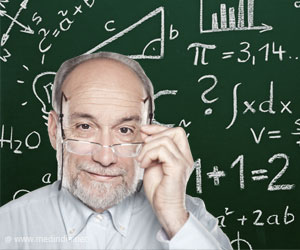 Scientists and mathematicians are more likely to have autistic-like traits than less technical professions, says a new study. According to the study, such characteristics make them far better at logical thinking and seeing the bigger picture. The study also confirmed that men in the category tend to be more autistic than women.


Autistic traits identified in STEM professionals are not the same as having a diagnosis of autism; instead, these are characteristics that are found throughout the general population and are connected to what is usually seen in the clinical condition of autism.


‘Individuals involved in a STEM-related profession had an average autism spectrum quotient score of 21.9 compared to a score of 18.9 for people taking part in other jobs. In an earlier study, the University of Cambridge scientists said that both Albert Einstein and Isaac Newton were autistic.’


Every person has some autistic traits - such as difficulty in understanding another person's point of view and difficulty in switching attention flexibly - and there is a wide range in the population. The scientists at the University of Cambridge developed a questionnaire called the Autism Spectrum Quotient, or AQ way to measure these traits.

The questionnaire comprised 50 questions, each one representing one autistic trait.

They found that individuals involved in a STEM-related profession had an average AQ score of 21.9 compared with a score of 18.9 for people taking part of non-STEM jobs. In a previous study, the University scientists said that both Albert Einstein and Isaac Newton were autistic.

The research was carried out by Channel 4 for the program Embarrassing Bodies: Live from the Clinic.

Lead author Emily Ruzich, a Ph.D. student at the Cambridge, observed that the study provided clear confirmation that autistic traits are sex-linked and STEM-linked, and this will spark further research into why these connections are seen.

Dr. Carrie Allison, another member of the University, commented: "The Autism Spectrum Quotient (AQ) is a valuable research instrument, and AQ scores correlate with brain structure, brain function, social perception, and attention to detail, among other things. But it is important to underline that it is not diagnostic. A high score alone is not a reason to seek help: it is only if the high number of autistic traits is causing stress and difficulties that a person may need referral to a specialist clinic."

Autism is a complex condition that affects people in different ways. Both men and women show the signs of the neurodevelopmental disorder differently and don't always share the same interests and challenges. It's important to mention that the Autism Spectrum Quotient questionnaire is a research tool and not a diagnostic test.

The study was published in PLOS One.


Einstein and Newton Had Autism

Scientists believe both scientists showed signs of Asperger's Syndrome, a form of an autism spectrum disorder.

Although the researchers admit that it is impossible to make a definite diagnosis for someone who is no longer living, they said that the study could shed light on why some individuals with autism excel in life while others struggle.

Simon Baron-Cohen from the Cambridge assessed the personality traits of Newton and Einstein to see if they exhibited key symptoms of Asperger syndrome.

Newton seems like a classic case. He hardly spoke, was so involved in his work, and he often forgot to eat and was lukewarm with few friends he had.

Einstein mostly preferred not to associate with others and as a child, he often repeated sentences obsessively until he was seven years old. He was also known for his notoriously confusing lectures.

However, Glen Elliott, a psychiatrist at the University of California in San Francisco, was not convinced with the study. He said that trying to diagnose by biographical information was extremely unreliable. Elliott said that being highly intelligent would itself have developed Newton and Einstein's personalities.
References : 1. http://www.cam.ac.uk/research/news/study-of-half-a-million-people-reveals-sex-and-job-predict-how-many-autistic-traits-you-have

Autism Symptoms Different With Girls & Boys, Girls Display Signs Much Later Than Boys
Developmental disorders symptoms, which impair basic skills in girls, were diagnosed at the age of 4 among girls compared to 3.8 years in boys.
READ MORE