Measuring a set of serum protein biomarkers is likely to improve diagnostic accuracy for Autism Spectrum Disorder (ASD) enabling early intervention for an improved outlook, according to a study from the Peter O'Donnell Jr. Brain Institute at UT Southwestern Medical Center.

The study was published in the Journal of Neuroinflammation and is one of the many studies conducted that aim to improve early diagnosis of ASD by shifting focus to measurement of biomarkers, rather than relying on behavioral symptoms for diagnosis.
Autism Spectrum Disorder  Serum TSH And Interleukin-8 Biomarkers Make Early Diagnosis Possible


Why Do We Need Serum Biomarkers For Diagnosis of ASD?


‘Using a panel of proteins improves the diagnostic accuracy of autism spectrum disorder, than when a single biomarker is used.’


ASD appears to be on the rise with more children being diagnosed with autism than AIDS, cancer and diabetes combined.

Current available screening tools and diagnostic modalities are prone to subjective interpretation and are difficult to apply on younger children, resulting in delayed diagnosis. Studies have shown that earlier diagnosis and therapeutic interventions are associated with a much better outcome.

At present, the diagnosis is made around the age of 4, when communication and social disabilities have progressed enough to be apparent.

Although progress has been made in the delineation of certain biomarkers for ASD, no 'universally acceptable biomarker has emerged thus far. The matter is made all the more difficult due to the heterogeneity of this condition and the other co-existing abnormalities associated with autism spectrum disorder.

In this scenario, the research team set out to test a panel of proteins in the serum of boys diagnosed with ASD and comparing the levels with that occurring in typically developing (TD) boys. The study included only boys as autism spectrum disorder is much more common in male children.

Comparing Serum Samples Of ASD Vs TD Boys - The Study Testing TSH And IL-8 On The MSD Platform -- The Findings The findings of the study suggest that biomarkers would be more reliable in diagnosing ASD than assessment of behavioral symptoms, which may be subject to inter-observer variation. Also, the measurement of a panel of protein biomarkers could further improve the diagnostic accuracy.

"ASD is a very heterogeneous disorder, and if we can identify biomarkers for even a subgroup of ASD patients, then that would be extremely helpful not only for early diagnosis but also for the development of therapeutics," said Dr. German, whose latest research builds upon an ASD finding published last year in Scientific Reports.

The research team plans to expand their study in the future to include the following: In conclusion, if these biomarkers are approved, it would increase the chances of early diagnosis and treatment initiation of ASD with a much better prognosis for these children in the long-term.

Autism Spectrum Disorder may Start Before Birth
Autism is a neurological disorder which may begin early before birth in humans, reveals study.
READ MORE 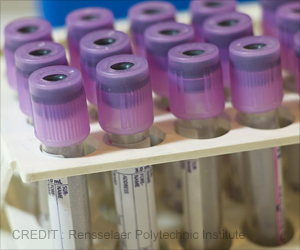 Disorders Included in Newborn Screening
Disorders included in newborn screening in US and India are discussed. Most disorders are either inherited disorders or developmental defects in vital organs such as heart. Early diagnosis and prompt treatment of these are key to overall improved outcome.
READ MORE 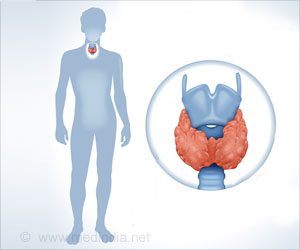