Alzheimer's medication can reduce inflammation and insulin resistance in patients with metabolic syndrome, according to a clinical trial by scientists at Northwell Health's Feinstein Institute for Medical Research.

The findings could be a potential therapeutic intervention for metabolic syndrome, which affects 30 percent of the adults in the United States.


Previous studies conducted at the Feinstein Institute showed that galantamine could reduce inflammation levels in mice with obesity. Galantamine is an alkaloid synthetically derived from flowers of Galanthus caucasicus (Caucasian snowdrop), Galanthus woronowii (Voronov's snowdrop), -- flowers which find mention in Greek mythology -- to combat memory loss and delirium. Galantamine is an acetylcholinesterase inhibitor, which reduces the breakdown of the neurotransmitter acetylcholine, a chemical messenger in the brain.


‘Galantamine, a drug used in the treatment of Alzheimer𠏋 disease, was found to reduce inflammation and insulin resistance. The drug was effective and extremely well tolerated at a low dose.’

"It's been very tough to come up with a treatment that targets all the components of metabolic syndrome, which is becoming a pandemic because it stems from obesity. By repurposing galantamine, it means we don't have to start from zero to establish its safety. We already know it's safe," said Dr. Pavlov, corresponding author of the new research.

"Galantamine can target the entire syndrome as well as targeting components of the syndrome. Using an existing drug is a much faster way of getting a treatment out there. It's promising, it makes me optimistic, and it's a starting point indicating an avenue of research that should be pursued further," said Dr Yael Tobi Harris, study co-author, chief of endocrinology, diabetes and metabolism at North Shore University Hospital and Long Island Jewish Medical Center, part of Northwell Health.


Clinical Trial of Galantamine in Reducing Markers of Metabolic Syndrome

A research team from Feinstein collaborated with a team led by Dr. Fernanda Consolim-Colombo from the University of Sao Paulo, Brazil to perform a randomized, double-blinded, placebo-controlled clinical trial. The clinical trial was conducted to study the effects of galantamine in patients with metabolic syndrome.

The trial involved 30 patients with metabolic syndrome. The study participants were given graduated doses of galantamine every day for 12 weeks. The control group that had 30 patients received a placebo during the same timeframe. During the study period, the levels of inflammatory molecules indicating patients' metabolic syndrome-associated inflammation were tracked.

The group that received galantamine also experienced a significant decrease in insulin levels and insulin resistance compared with the placebo group.

The research team says that the results are impressive because they were achieved with relatively low doses.

Dr Pavlov and Dr Harris said that more research is needed, including a longer clinical trial with greater numbers of patients with metabolic syndrome. They would also examine galantamine's effects on type 2 diabetes.

The findings of the clinical trial illustrate that it may be possible to treat inflammation in metabolic syndrome. Reducing inflammation and insulin resistance may reduce the risk of cardiovascular disease and other complications, said Dr Kevin J.Tracey, co-author of the study and president and CEO of the Feinstein Institute.

The findings of the study are published in the JCI Insight. 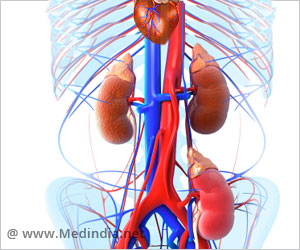 Drug ToxicityMetabolic SyndromeSignature Drug ToxicityDrugs Banned in IndiaSyndrome XAnti-Inflammatory DietFatty Liver Disease: A Growing Health Problem in IndiaTop Ten Reasons Why You Should Eat BreakfastTop 10 Ways to Speed up Your Metabolism For Weight LossInflammation
Sign up for Wellness Consult a Doctor Sign up for Selfcare Sign up for Covid