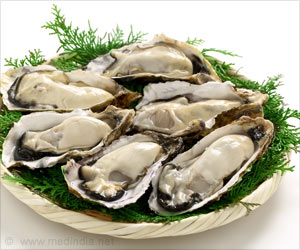 Health authorities of Victoria are warning people not to eat mussels and other shellfish caught in Gippsland Lakes region as they test for a rare and potentially fatal toxin.

High levels of Pseudonitzschia delicatissima, an uncommon and potentially dangerous algae, have been detected in water samples at Eagle Point, Paynesville and Metung in the Gippsland Lakes.

Consuming foods that have been contaminated with pathogens such as E.coli, Salmonella or Campylobacter, can cause food poisoning.
Advertisement
‘Mussels and other shellfish which eat the algae, Pseudonitzschia delicatissima containing the toxin may cause nausea, vomiting, diarrhea and abdominal cramps within 24 hours.’

Seafood that consumes this algae  especially 'filter feeders' like mussels and other shellfish  can in turn infect anyone who eats them. The algae is normally found in low levels in coastal waters and some produce a toxin, domoic acid.


Symptoms may include nausea, vomiting, diarrhea and abdominal cramps within about 24 hours. Those who experience neurological symptoms (usually within 48 hours of consumption) such as headaches, confusion, short term memory loss, or breathing difficulties and seizures should seek immediate medical attention.

Food poisoning is the infection caused due to consumption of contaminated food. Food contamination can happen at any time during handling of food, its preparation or storage.
Advertisement
Though there are no reports of cases, and the likelihood of a serious risk to human health was low, Victoria's health department has set a precaution that, until further testing is confirmed it is better to avoid shellfish.

The health alert comes as the number of Victorians infected with salmonella from supermarket-bought packaged salad leaves is raised to 62, with 30 potential cases in other states and territories.

Do you ignore mild stomach pains? Then beware you may face severe complications of foodborne illnesses that can be very difficult to treat later.
Advertisement
<< Genetic Link Found Between Psychiatric Disorders And Type 2 ...
Green Corridor Created To Save Two Kidney Failure Patients I... >>

Fish is one of the staple food of coastal inhabitants. Nutrition in fish includes protein, calcium and omega-3 fatty acids. Fish is considered to be beneficial for heart and brain.

Sinopril (2mg) (Lacidipine) Turmeric Powder - Health Benefits, Uses & Side Effects Calculate Ideal Weight for Infants Daily Calorie Requirements Color Blindness Calculator The Essence of Yoga Find a Doctor Drug Side Effects Calculator Blood - Sugar Chart Find a Hospital
This site uses cookies to deliver our services. By using our site, you acknowledge that you have read and understand our Cookie Policy, Privacy Policy, and our Terms of Use