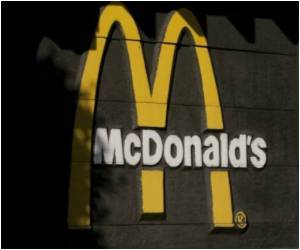 Loma Linda, a small California city with a large number of health conscious Seventh-day Adventist population have joined hands in opposing the opening of the town's first McDonalds restaurant.

The 23,000 people who live in the town on the east of Los Angeles enjoy one of the longest life spans in the world - on average, residents live well into their 80s.

The people who are obsessed with fitness and clean living went furious when McDonald's decided to move in.


When the issue to approve its opening came up before the city council, the meeting room was packed with outraged residents and health professionals.

Read on to become a "pro" in "label reading" and don't get tricked by fancy promotions of food product manufacturing companies.
Advertisement
Above health consciousness, most people in the city follow Seventh-day Adventist, a religion that strongly encourages congregants to follow a vegetarian or vegan diet, as well as an alcohol, tobacco and caffeine-free lifestyle.

Pastor Randy Roberts of the Loma Linda University Church says the church has not taken an official position on the McDonald's controversy, but stands for living "a balanced, healthy, and whole lifestyle."

Dr. Wayne Dysinger, a physician of preventative medicine and a Loma Linda resident, is a leading member of the community coalition that opposes McDonald's.

He says it is not just about the burgers and fries on McDonald's' menu, but also about what the fast food chain represents to Loma Linda's residents who cherish the community's health-conscious history.

In response to the community opposition, McDonald's said, "We have been working hard over the past several years to ensure we have options on our menu to meet a variety of dietary needs. For example, our line of Premium Salads can be ordered without meat. We also have other offerings including Apple Slices, Oatmeal and Fruit and Yogurt Parfaits as well as a variety of portion sizes."

" McDonald's and our franchisee look forward to working with the Loma Linda City Council and residents to hopefully address any questions or concerns. We believe the new restaurant will support the Loma Linda community with a contemporary dining experience and help fuel economic growth, he added.

Food preservatives are basically antimicrobials or anti-oxidants that help preserve food by destroying the microbes and stopping decomposition of food products.
Advertisement
Advertisement