Hawaiians are the Happiest and Healthiest Americans 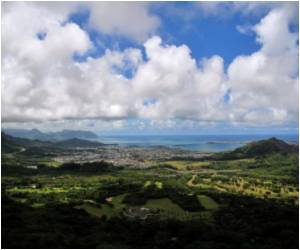 According to a new poll, Hawaii has topped well-being list for the fourth consecutive year.

As per the Gallup-Healthways Well-Being Index released Thursday, Colorado took the second spot, on a slate of 50 measures that looked at factors including emotional health, work environment and access to healthcare.

The survey put West Virginia at the bottom of the list, with Kentucky, Mississippi and Tennessee not far behind, ABC News reported


Residents of Hawaii ratcheted up their happiness in 2012 compared even with a year earlier, with a score of 71.1 out of 100 compared with 70.2 in 2011, according to the survey, which was based on telephone interviews with 350,000 Americans.
Advertisement
Western, Midwestern and New England states in general ranked higher than the rest of the country, while Southern states placed in many of the lowest spots.

Dr. James Pope, vice-president and chief science officer of Healthways, expressed to ABC News that the motivation behind the research is to help improve people's health through awareness and pilot projects on a community level.

Massachusetts, the state with the highest percentage of residents with health insurance in the country, scored the top rank for access to "basic necessities," while Mississippi ranked lowest here, the survey noted.

Residents of Vermont topped when it comes to healthy behaviors. They state had the highest percentage of residents who ate five or more servings of fruits and vegetables at least four days per week, according to the survey.

Following are the highest-ranked states

Third Consecutive Year, Hawaii Named Happiest US State
Of all American states, Hawaii has been found to have the highest overall well being for three ......