Half Marathon Rallies Kashmir's Youth for a "Healthy" Future 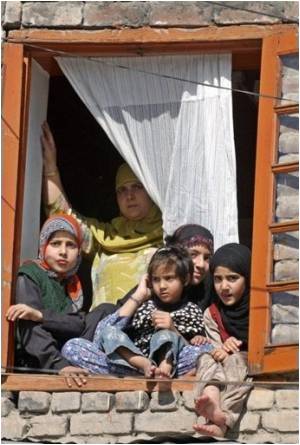 While the country was busy enjoying the festival of Holi, a unique event of half marathon was being held in Jammu and Kashmir's Anantnag District, in which boys and girls of the valley ran together.

The event, 'Healthy Youth-Healthy Kashmir', was held under the guidance of the Victor Force in the Kashmir Valley.

The spate of shutdowns and curfews in the Kashmir valley have affected the locals psychologically.
Advertisement


While the registration was over 1400, but on the day of the run, even after snow and hale storm on the preceding night, a huge crowd turned up for the run.

People in the Kashmir valley prefer to use traditional methods to fight the harsh cold during the winter season in spite of the access to modern gadgets.
Advertisement
The run saw people from every age group and section coming together. The business community of the area showed its participation by giving several prizes in the form of juicers, Mixers, DTH Tv Sets, T-Shirts.

Due to this support the prizes were distributed upto 15 rank in the boys marathon and upto 10 place in the girls category.

Certificates were provided to all the participants with the position holders being felicitated by the GOC, CIF (V) Force.

District Sports Officer Nisar Ahmad Salroo said: "It was for the first time in the history of Kashmir that such a successful event was held with participation and support from all the sections of society.

"This marathon should become an annual event as it will bring the youth of the area together and will channelise their energy into constructive direction. This initiative is really admirable for it has diverted the attention to a positive activity form the usual gloom of terrorist activities," he added.

Healthcare facilities in Kashmir have been badly affected because of the curfew that had to be enforced by the disturbances in the Valley.
Advertisement
Advertisement