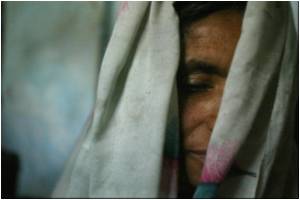 Women activists of Hyderabad are up in arms. The workers of Andhra Pradesh Mahila Samakhya are seeking government action against city police who sent a newly married woman for sex determination tests and psychological counseling. This was in response to a complaint from her husband alleging his bride was a eunuch and that he was cheated into marrying her.

Mohammed Arif, a businessman from Bangalore, came to Hyderabad on October 17 to marry Anis Fatima, daughter of Mohammed Khadir resident of Golconda. He married Anis at Taj Plaza in Falaknuma the next day. However, the morning after, the groom went to the Falaknuma police station and complained that Anis was a eunuch and her family had cheated him.


Meanwhile the Chandrayangutta police registered Arif's complaint and sent Anis for a medical test to Government Maternity Hospital, Koti. On October 20, the Chandrayangutta police received a report from the maternity hospital stating "Anis is a female and can lead a normal sexual life".
Advertisement
During this time, Anis booked a police case against Arif and his sister Rehana Begum saying that the duo had tortured her after the marriage at the lodge. Police then booked a harassment case against Arif and Rehana and arrested them on Saturday night. According to the police, the next day, on October 21, Anis and her mother came along with relatives of Arif and requested the police to release them as the issue had been settled between them.

Yet, the Police refused to release them as a case had already been booked. They sent the couple to Osmania Hospital for psychological counseling. As the doctors were not available there, they were redirected to Mental Hospital, Erragadda. However, the couple did not go for counseling at Erragadda. Arif and his sister are now in judicial remand.

The Andhra Pradesh Mahila Samakhya, an organization working to protect women's rights in the state, is demanding the state government to take severe action against the police who instead of arresting Arif had sent Anis for medical test and then for psychological tests.