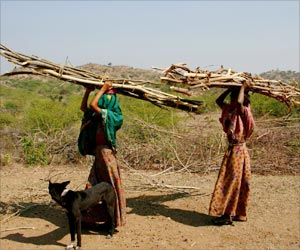 Currently, India reports nearly 50,000 newborns with Inborn Errors of Metabolism (IEM) in which the body cannot properly turn food into energy. The organisation of India has urged the government to slash or waive import duties levied on life-saving diets required for children with such problems in the country.

The demand by the parents' association comes as many families of children with metabolic error find it difficult to afford such diets which now attract 30-40 percent import duties.

On an average, a parent of an affected child has to spend Rs 2.5 lakh yearly on their treatment, including buying Food for Special Medical Purposes (FMSP) diets.


According to the association, companies like Danone, Nestle, Mead Johnson and Abbott are importing FSMP diets at high duties and further levy GST on them. In many developing countries, these diets attract 5 to 10 percent duty only.
Advertisement
According to MERD India, such speciality foods were not readily available in India until 2017 and the family of the kids suffering from IEMs used to struggle with paperwork for permission to import these.

Various government authorities, including Union Health Minister J.P. Nadda, have been approached seeking reduction in the import duty for the special diets but to no avail, it said.

"Through this support group (MERD), we have been campaigning about the IEM and special diets required for the survival of children with the problem," Vikas Bhatia from MERD India said.

"Screening is very much required so that the problem can be diagnosed for many of the newborns which helps give them a normal life. There is a need to reduce or exempt the import duty on such special diets as this will help for the survival of the children."

The MERD also wrote to the Director General of Health Services (DGHS) seeking exemption from import duties, noting that "in view of the importance and urgency of the problem worldwide, there are cases where these diets are being reimbursed by the governments of the respective countries".

"In view of the importance of these diets for our future generation, we would request you to exempt the import duties levied on these life-saving diets in view of non-existence of these products in the country," reads the letter addressed to Special DGHS B.D. Athani.

Earlier, the Food Safety and Standards Authority of India in collaboration with various bodies including Infant and Young Child Nutrition Council (IYNCI) had launched Diet4Life -- an initiative that allowed import of "special diets" for patients suffering from IEM. However, the main concern of duties still prevails.

Delhi to Ban Entry of Horses Due to Spread of Glanders Disease
The Delhi government has decided to ban entry and exit of horses, mules, and donkeys in the city ......

Patients With Mitochondrial Disease Go for Food Supplements
Defects in mitochondria cause an array of complex, often life-threatening disorders that can affect ...