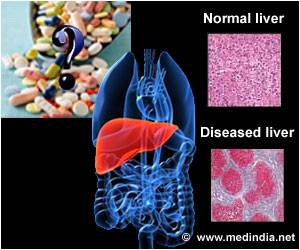 According to a new study, incarcerated patients with chronic hepatitis C virus (HCV) infection are just as likely to respond to treatment for the disease as patients in the community. The findings are published in the October issue of Hepatology, a peer-reviewed journal of the American Association for the Study of Liver Diseases. The study from the University of Wisconsin School of Medicine and Public Health (SMPH) in Madison found that HCV patients in prison were just as likely to achieve a sustained viral response (SVR) as non-incarcerated patients.

Medical evidence reports that chronic HCV is the leading cause of end-stage liver disease (ESLD) and liver disease mortality in the U.S. Further studies have shown the risk of developing cirrhosis due to chronic HCV ranges between 5 and 25 percent over a 25 to 30 year period. Consequences caused by chronic HCV are major public health concerns within the U.S. prison system, with research conducted by the Centers for Disease Control and Prevention (CDC) estimating up to 31 percent of U.S. inmates have chronic HCV, compared to just two percent of the general population in this country.

"Given that a history of intravenous drug use is more frequent among inmates, there is a higher prevalence of HCV infection in the prison population," explains lead author Dr. Michael Lucey, Chief of the Division of Gastroenterology and Hepatology at the SMPH. "HCV treatment during incarceration provides an opportunity to make a significant improvement to public health."

State media and local authorities have confirmed that more than 150 Chinese villagers, many of them children, may have been infected with hepatitis C by a clinic that reused old needles.
Advertisement
Results show that 61 percent of non-incarcerated and 60 percent of incarcerated patients received treatment with pegylated interferon and ribavirin. Those from the prison population were more likely to be African-American males with a history of alcohol or intravenous drug use. The team reported that SVR was achieved in 43 percent of prisoners compared to 38 percent of patients in the general-population group.

"Our findings highlight the effectiveness of antiviral therapy in HCV-infected prisoners, and show that it is as successful as treatment for HCV patients in the general population," concludes Dr. Lucey. "With previous studies citing poor results of HCV treatment in high-risk groups on an outpatient basis, a correctional setting may be an optimal setting for treatment that will help curb the hepatitis C public health crisis."

Epidemiologists have determined that levels of hepatitis C virus (HCV) found among injection drug users (IDUs) were higher in individuals who are male or African American even after
Advertisement
<< Finding Out The Reason Behind What Makes A 'Delicious Piece...
Study Reveals That Hearing Brains are 'Deaf' to Disappearan... >>