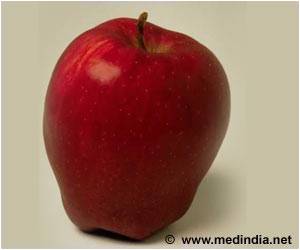 Scientists are in the process of developing a hypo-allergenic apple that causes no allergic reaction. While apples rarely cause the same intense allergic reaction as shellfish or peanuts, they often cause irritation for those allergic to birch pollen or cause blisters on the tongue or lips.

Dr. Alessandro Botton, a plant physiologist at the Department of Agronomy, Food, Natural Resources, Animals and Environment in the University of Padua, and his team are working to find alternative hypo-allergenic proteins that exist naturally in other plants and swap them for the irritation-causing proteins in apples.


Botton said that they cannot know what will happen when they silence a biological gene.

However, Botton said that by using other plant proteins, the structure of the apple would likely not be significantly changed.

Types of Food Allergies
If you are allergic to certain food items-Watch out for what you eat...
Quiz on Allergy
Every season can be an allergy season, depending on what you're allergic to. - Clara ......