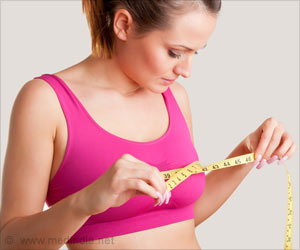 New research reveals that about half of all girls in Britain's secondary schools might be avoiding sports and exercise due to embarrassment or pain in their breasts. The study also found that very few girls knew what sort of bra to wear, whether their bra was a good fit and how to avoid breast pain while exercising, the researchers said.

"Puberty is undoubtedly a difficult time for children of both sexes, but more girls than boys drop out of sport around this age. Even for those who overcome their physical embarrassment or awkwardness, the bra marketplace can be overwhelming and confusing," said Joanna Scurr, Professor at University of Portsmouth.

Every 1 in 3 Female Marathon Runners Have Breast Pain Issues

A study found that women with larger cup sizes seem to be more susceptible, but childless women also seem to be more prone and wearing a sports bra doesn't always help.
Advertisement
‘Very few girls know what sort of bra to wear, whether their bra is a good fit and how to avoid breast pain while exercising.’
Tweet it Now

It has been estimated that 90 percent of 14-year-old girls in Britain do not do enough exercise to meet the government's exercise guidelines. Those with larger breasts are more likely to opt out of sports and exercise than those with smaller breasts, the findings revealed.


Use of appropriate sports bra reduces breast pain for most women, regardless of breast size, the research, published in the Journal of Adolescent Health, showed. More than 2,000 schoolgirls, aged 11 to 17 years, took part in the study. Nearly 87 percent of schoolgirls wanted to know more about breast health and support.

Breast Imaging Tests Do Not Benefit Women With Breast Pain

Women with breast pain who undergo imaging techniques like mammograms, MRIs or ultrasounds do not benefit from these additional studies, show findings.
Advertisement
Three-quarters of the girls surveyed had at least one concern about their breasts, including embarrassment, breast bounce during exercise and breast pain. Their concerns peaked at the age of 14. More than half the girls said they never wore a sports bra, and nearly all of them wanted to know more about breast health and breast support.

The research showed only an increased risk for women with large breasts or breast implants, who must often receive extra views, increasing their radiation exposure.
Advertisement