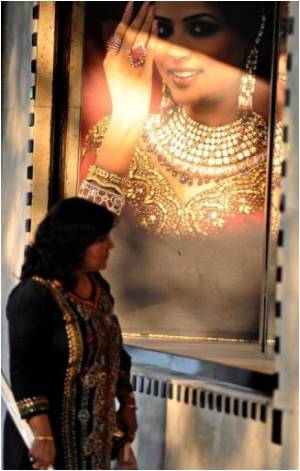 A new study suggests that just getting married would be motivation enough to to shed those extra pounds. The rule, however, only seems to apply to women.

According to a poll of 3,000 married women, more than half of brides lose 1st 2lb in the run-up to their wedding.

Mixed Marriages At an All-Time High in the US

A record 14.6 percent of Americans married someone of a different race or from a different ethnic group in 2008, a report published Friday showed. The rate of mixed marriages was
Advertisement

And one in 10 brides-to-be slims down by 2st or more, the study found.


The research also showed that another one in 10 deliberately orders a wedding dress in a smaller size, hoping to be able to diet into it.

Is There Ever a 'Healthy, Happy Marriage'?

The cohesive marriage and the traditional marriage were most likely to be stable over time.
Advertisement
"Brides want to make sure they look their best," the Daily Express quoted a spokesman for Appesat appetite suppressants, which commissioned the survey, as saying.

"They know the photos will be around for years to remind them how they looked," he added.

More than 60% of couples in China are happy with their marriage, according to a recent survey.
Advertisement
<< Brave Afghan Women Discard Burqas for Blue Police Uniforms
Social Networking Advances Destabilizing Mutual Trust Among... >>