The visiting dignitary, who was accompanied by a 15-member delegation, in his opening remarks mentioned about the clinical trials and the new EU directives.

The other members of the delegation also expressed their views on the compulsory licensing of drugs and expressed the hope that Indian authorities will show consistency and reliability while dealing with individual cases.


Azad in his opening address welcomed the German delegation and recalled the assistance given by Germany to India for various projects in health sector.

He specifically mentioned about the assistance given by KfW for the polio eradication initiative and for the preparation of design of Rashtriya Swasth Bima Yojana. He also thanked Germany for its support in Indo-German Social Security Programme.

Azad informed visiting dignitary that Indian pharma industry is a rapidly growing sector and in volume of exports, it stands at number three in the world. India produces affordable drugs of the highest quality and exports medicines to more than 200 countries and vaccines to about 150 nations across the globe.

He mentioned about the recent changes made in the Drugs and Cosmetics Act and assured the German delegation about the transparency while dealing with the cases of drug licenses.

Both sides have felt that there is a need to further discuss various pending issues on medical technologies and drug licensing, etc.

US Virologist Warns Health Experts to Prepare for Human-to-Human H7N9 Bird Flu
One of United States' top virologists has warned the health authorities to prepare themselves for a possible mutation of the H7N9 bird flu virus.
READ MORE 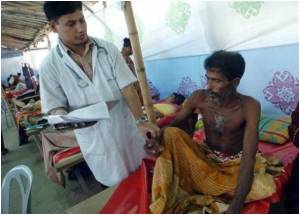 Health Insurance: Let It Not Drain Your Wealth
Even when you feel you have enough money saved up for emergencies - at times illness can drain you, so it is best to be prepared with suitable health care insurance.
READ MORE