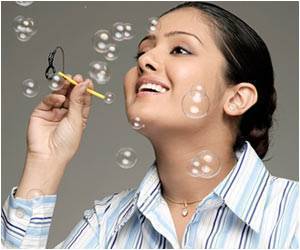 Genetics is primarily responsible for the timing of a girl's first period, claim scientists at the Institute of Cancer Research, a college of the University of London.

This study contradicts the earlier claim that environment, lifestyle and diet played a bigger role in menarche, the time when periods begin. But this study has revealed that a girl's age of menarche was connected to that of her relatives that included her mother, older sister, grandmother and aunts. Interestingly, female relations from the father's side had a comparatively strong influence on the timing of a girl's first period.

Normal vaginal bleeding begins in the early teens and goes on till a woman's mid-life. It is the bloody discharge from the uterus during menstruation.
Advertisement

The age at which periods begin is important as an early onset or late menopause could mean chronic diseases like breast cancer because of a longer exposure to the female sex hormones.


The researchers used a mathematical model to identify the genetic factors that were responsible for the differences in the age of menarche of women. The study showed that for each 12 month 'delay' in age at first period of a mother or older sister compared with the average, the younger relative had a delay of around three months.

Amenorrhea is a menstrual disorder in women indicating absence of menses. Menstruation signals womanhood, the gift of procreation, re-creation, and regeneration.
Advertisement
Researcher Danielle Morris of the ICR said 'The age at which a girl's mother or older sister began their periods is the strongest clue as to when she will start."

The study was carried out to identify those at high-risk of developing breast cancer. The findings could help women within families with an early menarche pursue lifestyles that help reduce the risk of breast cancer in later life.

Scientists have found new gene variants linked with the age at which females experience their first menstrual period and the onset of menopause, which can even help in preventing breast
Advertisement
<< Six-Year Old Keeps His Teachers Away from School
Cigarette Labeling Deceptive >>

Drug Interaction Checker The Essence of Yoga Pregnancy Confirmation Calculator Vent Forte (Theophylline) Blood Donation - Recipients Iron Intake Calculator Calculate Ideal Weight for Infants Indian Medical Journals Find a Doctor Drug - Food Interactions
This site uses cookies to deliver our services.By using our site, you acknowledge that you have read and understand our Cookie Policy, Privacy Policy, and our Terms of Use  Ok, Got it. Close
×