General Anesthetic may Have Safety Concerns 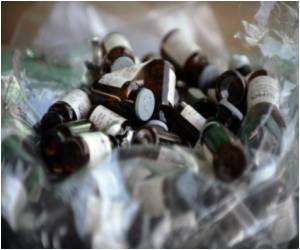 Etomidate, a widely used anesthesia drug for surgery may pose an increased risk of cardiovascular events and mortality, a new study revealed.

The study adds to safety concerns over etomidate's use as an anesthetic and sedative drug. "There is accumulating evidence for an association between mortality and etomidate use, both in critically ill patients and now in [non-critically ill] patients undergoing noncardiac surgery," according to an editorial by Drs Matthieu Legrand and Benoît Plaud of Paris-Diderot University.

A new Cochrane Systematic Review concludes that promising non-drug interventions are likely to help reduce children's anxiety during the onset of their anesthetic.
Advertisement

In Ill Surgical Patients, Increased Risks with Etomidate The editorial comments on a new study by Dr Ryu Komatsu of the Cleveland Clinic and colleagues, who assessed the risk of adverse outcomes in patients receiving etomidate for induction of anesthesia. Rates of death and cardiovascular events in about 2,100 patients receiving etomidate were compared to those in a matched group of 5,200 patients receiving induction with a different intravenous anesthetic, propofol. All patients had severe but non-critical medical conditions ASA physical status III or IVand were undergoing noncardiac surgery.

The first estimation of how genomic copy number variation (CNV) can influence anesthetic sensitivity and the magnitude of this influence can be gauged by a new study
Advertisement
The results are "striking and troubling," but the study is not the first to raise safety concerns over etomidate, according to Drs Legrand and Plaud write. Previous reports have suggested an increased risk of death in patients receiving etomidate in emergency situations or during critical illness, particularly sepsis. Subsequent randomized trials did not show an increased risk of death in critically ill patients receiving etomidate.

It's unclear how etomidatea drug with only short-lasting effectscan affect patient outcomes several weeks later. Borrowing a metaphor from physics, Drs Legrand and Plaud suggest that it may represent a so-called butterfly effect, with "very small differences in the initial state of a physical system [making] a significant difference to the state at some later time."

While noting that the new study has some important limitations, Drs Legrand and Plaud write, "These findings are of major importance in light of the high number of patients who potentially receive etomidate each year worldwide." Large-scale studies will be needed to definitively establish the safety of etomidate; a study in critically ill patients is already underway. Pending those results, the editorial authors conclude, "Since safe and efficient alternatives exist, a wise choice might certainly be the use of other anesthetic agents for induction of anesthesia."

Clues to What Makes Anesthetics Work

Very little is known about the intricacies of how inhalation anesthetics actually work in children and adults.
Advertisement
<< Screening Strategy May Cut Down The Risk Of Cardiovascular ...
Longer Maternity Leaves may Help Curb Postpartum Depression... >>