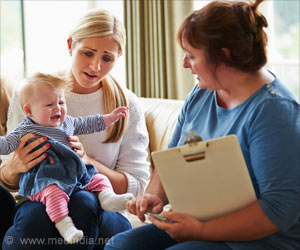 Child care refers to the action of looking after children, usually from age six weeks to age thirteen years. There is a major gap between parents' views and research experts' assessments of the quality of child care in the United States, revealed a new poll by NPR/Robert Wood Johnson Foundation/Harvard T.H. Chan School of Public Health.

Most parents (59%) believe their child receives "excellent" quality child care. By contrast, the most recent major study on the state of U.S. child care suggests a majority of child care is not high quality.

Newborns should be breastfed exclusively for the first six months of life with continued breastfeeding until at least 12 months, according to guidelines.
Advertisement
‘There is a major gap between parents' views and research experts' assessments of the quality of child care in the United States.’
Tweet it Now

NPR, RWJF, and the Harvard Chan School polled 1,120 parents or guardians of children five-years old or younger who were not yet in kindergarten and received regularly scheduled care at least once a week from someone other than a parent, and found that about three in five parents (59%) rate the quality of care their child receives as "excellent."


However, findings from the National Institute of Child Health and Human Development Study of Early Child Care and Youth Development published in 2006 indicated that a majority of child care in the U.S. is of "fair" quality.

National Commission for Protection of Child Rights has registered 74 complaints of ill-treatment and exploitation of children in Child Care Institutions.
Advertisement
"This poll gives voice to the challenges that many parents face in finding high quality and affordable care for their children," says Gillian SteelFisher, Deputy Director of the Harvard Opinion Research Program at Harvard Chan School, who directed the poll.

Cost is the most common challenge in finding child care reported by parents (27%). It continues to be an issue once parents have found child care, with about one in three (31%) who pay a fee for their child care saying it causes a financial problem for their families. The burden of cost is felt in particular by parents who report that their financial situation is not strong, with more than half (61%) of those parents saying the cost of child care has caused a financial problem.

Parents also feel that child care has lasting effects, with most saying it has a major impact on a child's overall well-being (86%), health (62%), and job success later in life (52%), for example.

Parents face challenges finding back-up care when a child gets sick and cannot receive their usual care. Three in four working parents (75%) say they have had to miss work, and one in five parents report negative repercussions for themselves or their spouses such as docked pay (12%) or getting in trouble with a supervisor (10%).

Children who attend large group child care facilities before age 2½ appear to develop more respiratory and ear infections at that age, but fewer such illnesses during elementary
Advertisement