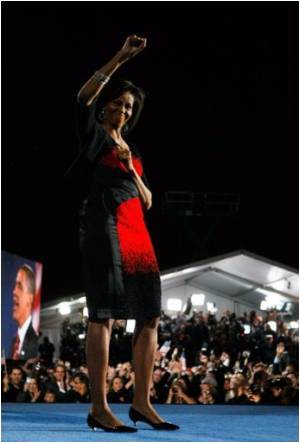 US First Lady Michelle Obama showed off her football skills in a school in Louisiana, to kick off her 'Let's Move' campaign against childhood obesity.

She joined a host of American football stars and displayed her sporting prowess by catching and passing a few footballs.

The First Lady was present at the Brock Elementary High School in Slidell, Louisiana, and informed the pupils that her 'Let's Move' anti-childhood obesity campaign was focusing on nutrition and physical fitness.

"You're building a well-rounded body - a good mind, a good heart, that you're good to people, you're good to your friends, but you also take care of yourself," the Telegraph quoted Mrs Obama as speaking to children.