Food Safety System in Canada Said to be the Best 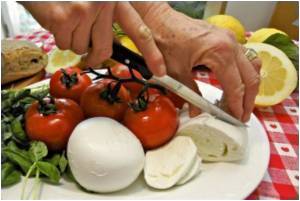 An independent report prepared by the Johnson-Shoyama Graduate School of Public Policy, part of the University of Saskatchewan and University of Regina, says that Canada has one of the best food safety system in the industrialized world.

Canada was placed joint fourth with United States behind Denmark, Australia and the United Kingdom by the report.

The report took into consideration many factors including the rate of food-borne illness, inspections, education programs, use of agricultural chemicals and strategies on bioterrorism, risk management and food recalls.


Sylvain Charlebois, the lead author of this report said that Canada has revamped its system after an outbreak of listeriosis that caused 57 confirmed cases and 23 casualties in 2008.

Processed or convenience foods require less time and energy for food preparation. Most of the processed foods are healthy with nutritional values.
Advertisement
Advertisement

A food additive is a non-nutritive substance added deliberately to any food product to improve its color, ...