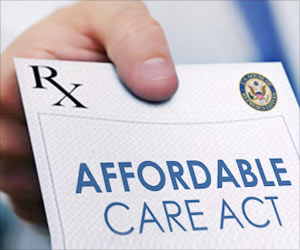 A Senate committee was considering proposals for ways to expand health care coverage, as of next week. They were looking for ways to set up a new insurance - exchange program.

Not only senators but people from business and hospital groups were seeking to expand coverage for low income Floridians and make use of billions of dollars of federal funds. Instead of a Medicaid expansion program the committee wanted to work on possible coverage expansion ideas and had a workshop and meeting with Chairman Aaron Bean to this effect, as senators were looking at all options.

Healthcare insurance was provided to an estimated 20 million Americans who lacked coverage, by the Patient Protection and Affordable Care Act.
Advertisement

The federal Affordable Care Act, better known as Obamacare, promised to fund tens of billions of dollars to Florida if the state agreed to expand Medicaid eligibility to cover more low-income people. House Republican leaders had rejected such a Medicaid expansion, arguing that they were skeptical about the continuity of funds.


The new Senate proposal seems to target the same population of low-income people who would be covered through expanding Medicaid. It also appeared to rely heavily on the federal funding made available through the Affordable Care Act.

After its passage, the Affordable Care Act in Kentucky has brought a sea change in health care.
Advertisement
But the structure of the private-insurance exchange would be substantially different than Medicaid, and the new program also would place additional restrictions on people seeking coverage. People would need to show proof of employment or some training. A parent with a child under 18 would need to be working or studying for a minimum of 20 hours a week.

Those enrolled would have to pay a monthly premium which could be as low as 3$ a month and not more than 25$ a month. The possibility of co-payments and deductibles would also be considered wherever possible.

The bill would involve roles for the state Agency for Health Care Administration, the Department of Children and Families and the Florida Healthy Kids Corp. But a key role in running the exchange would be played by Florida Health Choices, a type of health marketplace that has signed up relatively few people since being created by lawmakers in 2008.

Many residents of the Muskegon and Oceana Counties got covered under the Affordable Care Act plans during thelast enrollment period and expected better results during this year's enrollment.
Advertisement
Advertisement