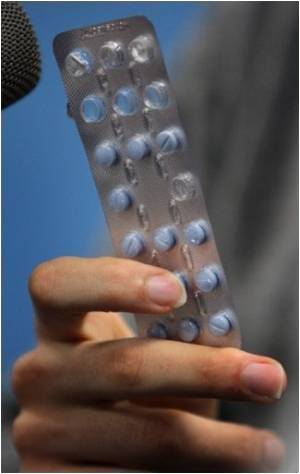 People who take multiple medications are particularly vulnerable to unpleasant or dangerous side effects, allergic reactions and toxicity.

Such medication mishaps are a widely recognized problem in health care, but until now, most research has focused on their incidence in the hospital.

"The outpatient setting is where 80 percent of medical care takes place-where we would expect the real burden of the problem to be," said Urmimala Sarkar, M.D., lead study author, at the University of California, San Francisco.


Analyzing data from 2005 to 2007 from the National Center for Health Statistics, the researchers found that 13.5 million outpatient visits during this three-year period had links to negative effects from prescription medications, in the study appearing online in the journal Health Services Research.

Encyclopedia section of medindia explains in brief about the treatment for AIDS/HIV
Advertisement
Patients made nearly three-fourths of the visits-72 percent-to doctors'' offices, with the other 28 percent of patients going straight to hospital emergency rooms.

As the researchers expected, drug-associated problems grew more common with age: Visits were most frequent among those 65 and older. "But this isn''t just a problem for older people-there were very significant numbers [of adverse drug events] among the middle-aged as well," Sarkar said.

More important than age was the number of medications taken daily, which the researchers called "the most critical factor" in raising risk.

The study found that medication-associated problems represent a substantial burden on the health care system beyond the cost of the initial visit: 22 percent of these patients were scheduled to have follow-up visits, and 9 percent were admitted to the hospital.

Imposing as these figures are, they undoubtedly underestimate the extent of the problem, said J. Lyle Bootman, Ph.D., dean of the College of Pharmacy at University of Arizona. An elderly woman might be treated for a broken arm, for example, without anyone reporting that dizziness caused by medication had led to her fall, he said. A broader view would include harm that occurs when drugs are ineffective or are prescribed but not taken.

Overall, "the economic and clinical consequences of drug-related problems, as well as the impact on the quality of life of many patients, are staggering and alarming," Bootman said.

While some unwanted effects are inevitable with drug treatment, "many are preventable," Sarkar said. To reduce their incidence, she said, "medical counseling in doctors'' offices and pharmacies has to be better. Patients need to know what medications they''re on and their possible side effects, and to understand what they''re allergic to."

Steps to alleviate drug-related problems ultimately should include changes in the health care system, such as coordinated electronic medical records to facilitate information sharing between clinicians, Sarkar said.

TERMS OF USE: This story is protected by copyright. When reproducing any material, including interview excerpts, attribution to the Health Behavior News Service, part of the Center for Advancing Health, is required.


Health Services Research is the official journal of the AcademyHealth and is published by John Wiley & Sons, Inc. on behalf of the Health Research and Educational Trust. For information, contact Jennifer Shaw, HSR Business Manager at (312) 422-2646 or jshaw@aha.org. HSR is available online at www.blackwell-synergy.com/loi/hesr.

Several drugs are either banned or withdrawn after introduction in the market.
Advertisement
<< More Effective Prescription Drug Therapies Promised by Univ...
Gadget That Recovers Deleted Data Helps Track Your Unfaithf... >>