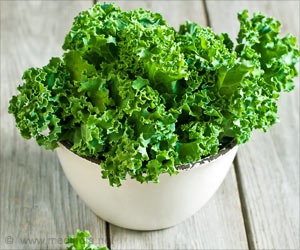 How many of Seattle's residents could live off food grown in their city? If abundant P-Patches and backyard gardens teeming with kale come to mind, you're like many residents who assume urban agriculture in Seattle could support 50, 80 or even 100% of the people who live in the city.

It turns out that the actual number is drastically lower. A new University of Washington study finds that urban crops in Seattle could only feed between 1-4% of the city's population, even if all viable backyard and public green spaces were converted to growing produce. The study, published in Urban Forestry & Urban Greening, draws on Seattle's current land use, light availability and national nutritional guidelines to determine the city's carrying capacity for feeding its population.

US Agriculture Feels the Big Impact of Small Farms

Danelle Myer dreamt of becoming a big-city advertising executive as she spent time as a teenager on her family's farm in Iowa.
Advertisement
‘Urban crops in Seattle could only feed between 1-4% of the city's population. Seattle would require a 58-mile expansion around the city to meet 100% of the city's food needs.’

The results show that it would require a 58-mile expansion around the city to meet 100% of Seattle's food needs.


Lead author Jeff Richardson, a postdoctoral researcher in the UW's School of Environmental and Forest Sciences, said, "We really need a regional solution to food sustainability in the Seattle area. It's not going to come from Seattle and it's not even going to come from King County. We're going to need the entire region and all these food-producing areas to help achieve food security."

US software billionare Bill Gates said Thursday that health and agriculture development are key if African countries are to overcome poverty and grow.
Advertisement
As more people cluster in urban areas and cities seek long-term food security, it's important to consider what is required to achieve that, and who benefits, the authors said.

"This is the first systemized way of looking at all the different crops a city could grow, as well as looking at the nutrition and actual amount of food people need to survive," said senior author L. Monika Moskal, a UW associate professor of environmental and forest sciences.

The researchers combined imagery and available Lidar data for Seattle, which are captured by flying aircraft and scanning the landscape with lasers. The resulting 3-D data are useful for geologists and geomorphologists looking at topography and landslides, but also for measuring tree cover in a city, including the height and leaf density of individual trees.

That's one of the applications that Moskal's Remote Sensing and Geospatial Analysis Lab (RSGAL) explores. Her team is working with a number of Puget Sound urban areas, including Olympia, Tacoma, Seattle and Bainbridge Island, to map tree cover and explore socioeconomic issues related to having greater or fewer trees in a neighborhood.

Because Lidar lets researchers see a 3-D version of a city, down to an individual tree or building, it can also figure out how much sunlight hits an area - and how likely a food crop could flourish in that spot.

The researchers combined this data with nutritional information from the National Nutrient Database that assesses the calories, macronutrients and micronutrients in each food group. They analyzed nutrients needed for a vegetarian diet, because growing vegetables, grains and nuts usually requires less land than raising livestock for meat.

In order to meet the nutritional needs of an adult eating a vegetarian diet, only about 6,000 people (1% of Seattle's population) could be fed if all single-family backyard space were converted to farming. That number rises to about 24,000 people (4% of the population) if all additional public green spaces were converted.

Moskal said, "It's an eye-opening figure and it forces people to really think about what must be eaten to survive. A city can grow tons of tomatoes, kale and lettuce, but it gets more complicated once you factor in other necessary proteins, fats and carbohydrates that often travel from across the county and world. I think many people see food growing in their backyard and a salad at dinner throughout the summer season and assume they are feeding themselves. They don't realize that calorie-wise, that's not really the whole picture." Requiring all of those calories to be grown in Seattle takes up a lot of space in an urban area that is densely populated, amply tree-covered, and surrounded by water and mountains.

Richardson, who also farms 10 acres in Washington's Skagit Valley, sees firsthand the difficulty of growing food locally. He raises pigs and turkeys, along with vegetable crops. "But the livestock corn feed probably comes from Iowa," he said.

The researchers say their model can be used by other cities that have good geospatial data on sunlight and tree cover if planners input the relevant crops that grow well in a particular area. A sunny, sprawling city like Los Angeles, for instance, might be able to grow more crops than Seattle.

Richardson said, "If food sustainability is something that a city is really interested in, then this is a way you can test it. In refining this study, we really factored in all the different nutritional aspects of the diet to make sure there was a baseline way you could assess this for any city based on a diet that works and keeps people alive."

A comprehensive new report released states that annual carbon emissions as much as 50 to 90 percent by 2030-the equivalent of removing all cars in the world can be reduced by top 12 ways
Advertisement
<< Cocaine Addiction - Researchers Discover 'Back Door' Into t...
Pre-Exposure Prophylaxis (PrEP) for HIV Prevention is as Sa... >>

Grassy biomes are key contributors to biodiversity and ecosystem services, and are under immense pressure from conversion to agriculture and tree planting.