Researchers from the Royal Prince Alfred hospital in NSW conducted an audit at the hospital during a six-month period in 2012. Of all 427 deaths, 10 patients were found to be eligible for organ donation, but family members refused in half of those cases.

The study shows that families of the deceased refuse organ donation, which is the reason for the low organ donation rate in Australia.


Michael O'Leary, Associate Professor, co-medical director of the NSW Organ and Tissue Donation Service, said it highlighted just how few patient deaths led to suitable donors being found, with less than 1% of those who died becoming donors.


"Even if a dead patient is found to have previously consented on the organ donation register, family members of that person are always consulted and given the chance to override that. Nobody could imagine a system where family members who were completely opposed to organ donation were made to sit and watch as their loved one was wheeled out of an intensive care unit for organ donation. But for many, it's a highly traumatic time for them and sometimes it's just not something they can think about," O'Leary said.

"If you are an unfortunate person whose loved one who has become brain-dead in an intensive care unit, if you say no to donation, it's not like there will be another donor the next day. It's such a rare event," he said.

Research shows that 80% families agree for donation if they have already discussed about it compared to more than 60% of Australian families who give consent for organ and tissue donation. Well-trained clinicians ensured in discussing organ donation with bereaved family members highlight its benefits, and ensure people signed up to the organ donation register.

"In 2015 we will focus on continued change in clinical practice such as increasing the number of identified potential donors, improving the donation process for loved ones and enhancing IT systems to support organ and tissue donation and transplantation," Nash said. 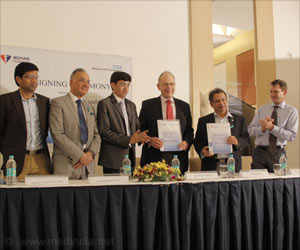