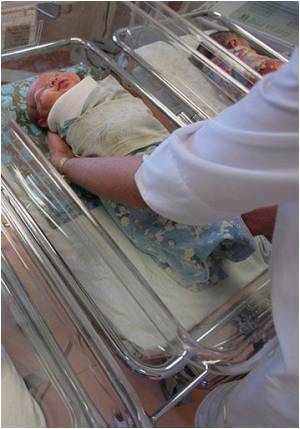 Fertility research could be said to have received a boost with the development of artificial human ovary at the Brown University and Women & Infants Hospital, Rhode Island. The fabrication can also help evolve infertility treatments for cancer patients. The team has already used the lab-grown organ to mature human eggs.

"An ovary is composed of three main cell types, and this is the first time that anyone has created a 3-D tissue structure with triple cell line," said Sandra Carson, professor of obstetrics and gynecology at the Warren Alpert Medical School of Brown University and director of the Division of Reproductive Endocrinology and Infertility at Women & Infants Hospital. Carson is a senior author of a recent article in the Journal of Assisted Reproduction and Genetics that describes the innovation.


Carson said that the ovary not only provides a living laboratory for investigating fundamental questions about how healthy ovaries work, but also can act as a testbed for seeing how problems, such as exposure to toxins or other chemicals, can disrupt egg maturation and health.


Clinically, the artificial ovary could play a role in preserving the fertility of women facing cancer treatment in the future, said Stephan Krotz, a Houston fertility doctor who is the paper's lead author and a former fellow in Carson's lab. Immature eggs could be salvaged and frozen before the onset of chemotherapy or radiation, he said, and then matured outside the patient in the artificial ovary.

What makes the artificial ovary a functional tissue, rather than just a cell culture, is that it brings all three ovarian cell types into a 3-D arrangement similar to a real ovary in the body. The means for making such compositions of cells was invented in the lab of Jeffrey Morgan, associate professor of medical science and engineering, who is a co-author of the paper published online Aug. 25. His so-called 3D Petri dishes are made of a moldable agarose gel that provides a nurturing template to encourage cells to assemble into specific shapes.

To create the ovary, the researchers formed honeycombs of theca cells, one of two key types in the ovary, donated by reproductive-age (25-46) patients at the hospital. After the theca cells grew into the honeycomb shape, spherical clumps of donated granulosa cells were inserted into the holes of the honeycomb together with human egg cells, known as oocytes. In a couple days the theca cells enveloped the granulosa and eggs, mimicking a real ovary.

The big test, however, was whether the structure could function like an ovary  namely to mature eggs. In experiments the structure was able to nurture eggs from the "early antral follicle" stage to full maturity.

"[This] represents the first success in using 3-D tissue engineering principles for in vitro oocyte maturation," the researchers wrote in the journal article.

Carson said her goal was never to invent an artificial organ, per se, but merely to create a research environment in which she could study how theca and granulosa cells and oocytes interact. When she learned of Morgan's 3-D Petri dishes, they began to collaborate on creating an organ. Morgan said this is the first fully functional tissue to be made using the method.

To help fund the work, Morgan and Carson applied for and won a Collaborative Research Award from the Rhode Island Science and Technology Advisory Council (STAC). STAC grants encourage research with commercial potential. Morgan has recently founded a local Rhode Island startup, MicroTissues Inc. The company will begin selling these micro-mold tools in about a month to researchers looking to engineer 3-D tissues. Other funding came from Women & Infants Hospital.

With what appears to be a fully functional artificial organ, Carson and Morgan continue to collaborate and are now embarking on the studies she dreamed it would make possible. She's reluctant to predict what they'll turn up, however.

"This is really very, very new," she said.

The paper's other authors are Jared Robins, Toni-Marie Ferruccio, Richard Moore and Margaret Steinhoff, all of Brown University.

Dr. Kamala Selvaraj  A Pioneer in Infertility Treatment
Women labeled as 'barren' have hope with 'Artificial Reproductive Techniques' -Read about the inspiration and struggles of the Pioneer from South India.
READ MORE