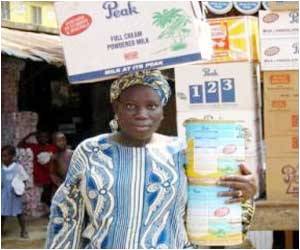 Still it is not satisfactory, for the annual rate of decline is less than half of what is needed to achieve the Millennium Development Goal (MDG) target of reducing the maternal mortality ratio by 75% between 1990 and 2015, says a new report, Trends in maternal mortality, released by the World Health Organization (WHO), the United Nations Children's Fund (UNICEF), the United Nations Population Fund (UNFPA) and the World Bank.


"The global reduction in maternal death rates is encouraging news," says Dr Margaret Chan, the Director-General of WHO. "Countries where women are facing a high risk of death during pregnancy or childbirth are taking measures that are proving effective; they are training more midwives, and strengthening hospitals and health centres to assist pregnant women. No woman should die due to inadequate access to family planning and to pregnancy and delivery care."
Advertisement
Pregnant women still die from four major causes: severe bleeding after childbirth, infections, hypertensive disorders, and unsafe abortion. Every day, about 1000 women died due to these complications in 2008. Out of the 1000, 570 lived in sub-Saharan Africa, 300 in South Asia and five in high-income countries. The risk of a woman in a developing country dying from a pregnancy-related cause during her lifetime is about 36 times higher compared to a woman living in a developed country.

"To achieve our global goal of improving maternal health and to save women's lives we need to do more to reach those who are most at risk," says Anthony Lake, Executive Director of UNICEF. "That means reaching women in rural areas and poorer households, women from ethnic minorities and indigenous groups, and women living with HIV and in conflict zones."

The new estimates show that it is possible to prevent many more women from dying. Countries need to invest in their health systems and in the quality of care.

"Every birth should be safe and every pregnancy wanted," says Thoraya Ahmed Obaid, the Executive Director of UNFPA. "The lack of maternal health care violates women's rights to life, health, equality, and non-discrimination. MDG5 can be achieved," she adds, "but we urgently need to address the shortage of health workers and step up funding for reproductive health services."

UN agencies, donors and other partners have increasingly coordinated their assistance to countries. WHO, UNICEF, UNFPA and the World Bank are focusing on the countries with the greatest burden and help governments to develop and align their national health plans in order to accelerate progress in maternal and newborn health.

"Maternal deaths are both caused by poverty and are a cause of it. The costs of childbirth can quickly exhaust a family's income, bringing with it even more financial hardship," says Tamar Manuelyan Atinc, Vice President for Human Development at the World Bank. "Given the weak state of health systems in many countries, we must work closely with governments, aid donors and agencies, and other partners to strengthen these systems so that women gain significantly better access to quality family planning and other reproductive health services, skilled midwives at their births, emergency obstetric care, and postnatal care for mothers and newborns."

The report that covers the period from 1990 to 2008 also highlights the following:

"We still need to do more to strengthen national data collection systems," says Dr Chan. "It is vital to support the development of complete and accurate civil registration systems that include births, deaths and causes of death. Every maternal death needs to be counted," she adds.

The UN maternal mortality estimates are developed in close collaboration with an international expert group and use all available country data on maternal mortality, as well as improved methods of estimation. The intensive country consultation carried out as part of the development of these estimates has been instrumental in identifying increased data collection efforts in recent years including the special systems to capture data on maternal deaths. There are however major gaps in the availability and quality of data for many countries where maternal mortality levels are high, and only through statistical modelling is it possible to obtain an understanding of the trend.