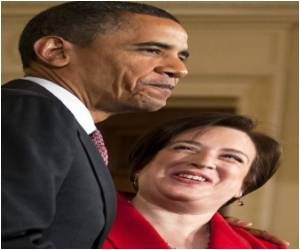 In the first year, the federal government could save over $5 billion by changing the way the government assigns Part D plans for Medicare beneficiaries eligible for low-income subsidies.

This is according to new research from the University of Pittsburgh Graduate School of Public Health. The results of the study, funded by the National Institutes of Health (NIH) and the U.S. Department of Health and Human Services (HHS), will be published in the June issue of the journal Health Affairs. Medicare Part D provides assistance to beneficiaries below 150 percent of the federal poverty level.

A substantial number of Medicare beneficiaries receive low-value medical services that provide no benefit to patients, such as some cancer screenings, imaging, cardiovascular, diagnostic and preoperative testing.
Advertisement

In 2013, an estimated 10 million beneficiaries received subsidies, and 75 percent of the total Part D federal spending of $60 billion is for low-income enrollees.Since 2006, the government has randomly assigned low-income enrollees to stand-alone Part D plans, based upon the region in which they live."Random assignment is suboptimal because beneficiaries often are assigned to plans either not covering or charging higher costs for their medications," said Yuting Zhang, Ph.D., associate professor of health economics, Department of Health Policy and Management, Pitt Public Health, and the study's lead author. "We found that most people are not in the least expensive plans that satisfy their medication needs."


Dr. Zhang and her colleagues say an "intelligent reassignment" that matches beneficiaries to their medication needs would yield substantial savings.Using real data from 2008 and 2009 for a 5 percent random sample of all Medicare beneficiaries who qualified for the low-income subsidy program, Dr. Zhang and her team simulated potential medication costs to the beneficiaries and the government under each alternative plan available in the region. They then compared the simulated costs with the actual costs of each plan. They found that if low-income enrollees were assigned to the least expensive plan instead of a random plan, the government and beneficiaries could save more than $5 billion in the first year.

Researchers have found that Medicare spent $1.9 billion in 2009 for patients to receive any of 26 tests and procedures that have been shown by empirical studies to offer little or no health benefit.
Advertisement
In addition to the savings under the proposed change, beneficiaries would have fewer restrictions when filling their prescriptions. Some common restrictions used by Part D plans include quantity limits, prior authorization and step therapy.The Pitt researchers noted that assigning beneficiaries to plans could be implemented relatively easily each year, with the largest savings in the first year but additional savings annually thereafter.

Despite the existence of the Medicare Prescription Drug Plan - also known as Part D - and the availability of assistance to help pay insurance premiums, hispanic seniors are 35 percent less likely to have prescription drug coverage.
Advertisement
<< Inflammation Leads to a Leaky Blood-Brain Barrier
Debate Over Value of Vitamin, Mineral Supplements is Far fr... >>

Bottom Line: About one third of Medicare beneficiaries that were assigned to accountable care organizations (ACOs) in 2010 or 2011, were not assigned to the same ACO in both the years.
Advertisement
News A-Z
A B C D E F G H I J K L M N O P Q R S T U V W X Y Z
What's New on Medindia

What is Medicare / Medicaid?
News Archive
News Resource
Advertisement
News Category
JUUL E-Cigarettes Banned from US Market Busy Americans Get The Least Sleep At 40 Years Deepika Padukone Rushed To Hospital After Sudden Chest Pain Vegans, Vegetarians and Fish Eaters Have Better Memory Than Meat Eaters How to Reduce the Risk of Acute Kidney Injury By Drinking Coffee?
More News
Sign up for Wellness Consult a Doctor Sign up for Selfcare

More News on:
Dandy Walker Syndrome What is Medicare / Medicaid?