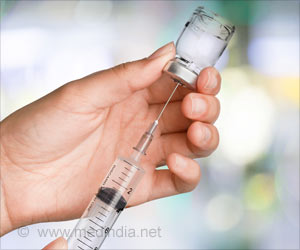 Muscular Dystrophy is a rare genetic disorder characterized by muscle deterioriation and weakness. This disease occurs due to the absence of dystrophin protein which is essential for keeping the muscle cells intact. It usually affects boys between the age of 3 and 5.About 9000 -12000 boys in the United States were affected with Duchenne Muscular Dystrophy. These boys usually need a wheel chair during their early 20s.

Duchenne muscular dystrophy (DMD), the most common form of muscular dystrophy among boys, is characterized by progressive muscle degeneration and weakness.
Advertisement
‘Eteplirsen receives accelerated approval from FDA for the treatment of Duchenne Muscular Dystrophy.’

Eteplirsen (Exondys 51) is mainly given for patients with mutation in dystrophin gene. The drug has received accelerated approval from FDA for treating life threatening conditions. Clinical trials were required to confirm the benefits of the drug. Around 12 boys with Duchenne Muscular Dystrophy were tested using eteplirsen drug. Common side effects like balance disorder and vomiting were reported by the participants.


The drug acts by a technology known as the Exon skipping, by which the functional form of dystrophin is produced. And was found to be applicable only for 13% of the patients with duchenne muscular dystrophy.

Early use of available heart failure drugs slows the progressive decline in heart function before symptoms are apparent in boys and young men with Duchenne muscular dystrophy (DMD)
Advertisement
Dr. Janet Woodcock, Director of the F.D.A.'s Center for Drug Evaluation and Research,said that "We eagerly await learning more about the efficacy of this drug through a confirmatory clinical trial that the company must conduct after approval."

The agency has also asked Sarepta therapeutics to compare the efficacy of the drug with placebo control. And if the drug fails to answer then the agency must initiate proceedings for withdrawing the approval.

Source: Medindia
Advertisement
<< Link Between Autism and Sense of Touch
Most Believable Excuses To Take a Day Off From Work >>

Vent Forte (Theophylline) Sanatogen Selfie Addiction Calculator The Essence of Yoga Sinopril (2mg) (Lacidipine) Find a Hospital Blood Donation - Recipients Blood Pressure Calculator A-Z Drug Brands in India Noscaphene (Noscapine)
This site uses cookies to deliver our services. By using our site, you acknowledge that you have read and understand our Cookie Policy, Privacy Policy, and our Terms of Use