Fall in Love and 'Feel' the Glow 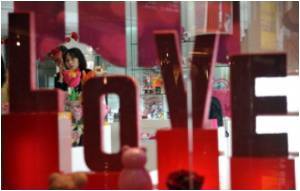 Our emotions are experienced in our body and trigger sensations. Body exhibits different sensation for different emotions that we feel based on our biological make up.

"Emotions adjust not only our mental, but also our bodily states. This way they prepare us to react swiftly to the dangers, but also to the opportunities such as pleasurable social interactions present in the environment," said lead researcher, assistant professor Lauri Nummenmaa from Aalto University, Finland.

"When strolling through the park to meet with our sweetheart, we walk lightly with our hearts pounding with excitement, whereas anxiety might tighten our muscles and make our hands sweat and tremble before an important job interview."

An online study was conducted with more than 700 individuals participating from Finland, Sweden and Taiwan. The participants were induced with basic emotions, such as anger, happiness and fear, as well as non-basic emotions such as pride, envy and love. The reactions were obtained by providing them with emotional words, stories, movies, or facial expressions. Subsequently, the subjects were asked to color the bodily regions where they felt a stimulated or de-stimulated feeling on pictures of human bodies.


"Most basic emotions were associated with sensations of elevated activity in the upper chest area, likely corresponding to changes in breathing and heart rate," the researchers said in Proceedings of The National Academy of Sciences. They added that Sensations in the head area were shared across all emotions, reflecting probably both physiological changes in the facial area (ie, facial musculature activation, skin temperature, lacrimation).
Advertisement
In approach-oriented emotions, sensations in the upper limbs were most prominent, whereas sensations of decreased limb activity such as anger and happiness were a defining feature of sadness.

Sensations in the digestive system and around the throat region were mainly found in disgust. In contrast with all of the other emotions, happiness was associated with enhanced sensations all over the body, researchers found.

Emotionally Intelligent People may Influence the Emotions of Others
Emotionally intelligent people have the ability to manipulate others to satisfy their own interest....

Love Makes a Man Wear a Pink Tutu to Humor His Ailing Wife
Love makes the world go round and also makes people do the unimaginable....

Study Reveals Golden Triangle of Happiness
The golden triangle of happiness - a loving partner, up to 100,000 dollars of household income and ....