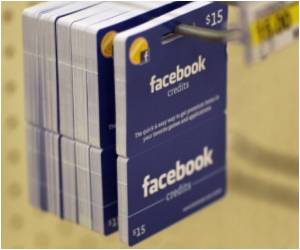 Facebook's nemesis, at least in the privacy department, may be a new social networking site called Diaspora, launched by four US students eager to ride the social media wave. The founders are stressing its ease of use and stricter privacy policy.

The version available to software developers since Wednesday is giving outsiders an opportunity to work on applications within its framework, ahead of a public launch due at a yet undisclosed later date.


"This is now a community project and development open to anyone with the technical expertise who shares the vision of a social network that puts users in control," said the founders at the project site www.joindiaspora.com.

Emphasis on privacy appears as a direct pull for the many complaints made about its giant rival in the field, and may serve as a tool to attract discontented users from Facebook's half-billion-strong population.

To set up Diaspora, the students made an appeal in May for donations through the site Kickstarter.com, a platform for projects to find investors.

Successful in their efforts, the founders collected over 200,000 dollars, including input from, mysteriously, Facebook boss and co-founder Mark Zuckerberg.

Lower School Grades Linked to Facebook Addiction By Psychologists
Students who are logged on to Facebook while studying get significantly lower grades than those who do not, according to psychologists.
READ MORE

Facebook Serves as Platform for Kiwi Earthquake Clean-Up
Hundreds of enterprising New Zealand students have turned to Facebook to organise themselves into relief squads helping residents in the earthquake-hit city of Christchurch.
READ MORE