Eye on Employees Productivity During Olympics 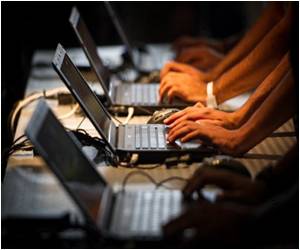 Entrepreneurs must monitor workplace productivity especially when employees are overexcited over the London Olympics, claim experts.

Phil Bousfield, general manager of GFI's Infrastructure Business Unit, said the Olympic Games are a key time to remind your workers of your policies for internet usage.

Having a written policy for Web browsing limitations is something every business should have as a part of its company handbook, Bousfield said, and this should be redistributed and discussed leading up to the event.


"It can be informal, but you can and should remind your workers about your guidelines," Fox News quoted him as saying.

"As companies get bigger, it's important to document internet policy," he said.

The London Olympics will be first ever games in history when women athletes from every country will compete in the games, including Saudi Arabia.
Advertisement
According to him, curiosity about the event will last for the rest of the summer, so talk to your employees about when and how they are surfing the Web.

While you can't actually limit what they are talking about, reminding workers to limit their conversation to lunch time and breaks is also an option.

"The vast majority of employees probably spend an appropriate amount of time checking sports," he said.

"But it's an issue when people are visibly abusing the system. Your other workers may feel, 'why should I try hard if they aren't doing their work?' This is a drain on morale," Bousfield said.

He said that with so much interest buzz circulating around the games, viruses are a major threat to look out for. Updating all software antivirus patches on computers, laptops and company phones is important to do before any major events like elections or sports games.

To drive the point home, Bousfield said to remind your workers what is at stake.

"Give them a case study or example of what kind of things can happen if you were to get a virus," he said.

"Explain the consequences to them- most people have high integrity," he added.

Almost half of web users in the UK have posted photos and videos to popular content-sharing sites such as Facebook and YouTube in the last year, reveals a new survey.
Advertisement
<< Figures Show Divorces on the Rise Again in Iraq
Computer Game Helps Teens Battle Depression >>