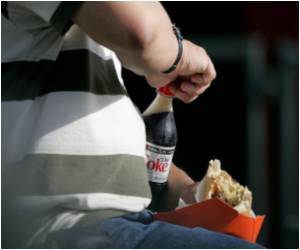 The Calorie Control Council has said that the study presented during a poster session at the International Stroke Conference claiming an association between diet soft drink consumption and increased risk of stroke and heart attack is critically flawed.

"The findings are so speculative and preliminary at this point that they should be considered with extreme caution. In fact, the study has not been peer reviewed by any independent scientists and has not been published in a scientific journal," stated Beth Hubrich, a registered dietitian with the Council.

The research, as well as the publicity regarding the study abstract, is drawing a growing body of criticism and skepticism from experts in the field of nutrition and science.


"I have to say this is one of the worst studies I've seen capturing headlines in a long time," said Richard Besser, Chief Health and Medical Editor at ABC News, commenting during a February 10 segment on Good Morning America.

Cholesterol is produced by the body (liver) and is essential for normal body functioning.
Advertisement
Pointing out some of the flaws in the study, Besser added, "They didn't look at how much salt they took in, they didn't look at what other foods they ate. Those things we know are associated with stroke and heart attack.

"They didn't even look at obesity over time. And so to conclude from this, that it's all from the diet soda, just makes no sense whatsoever," he said.

Walter Willett, chair of the Department of Nutrition at Harvard School of Public Health, echoed this criticism in comments presented on ABC News.

"It's important to keep in mind that his was really a preliminary report. It's not even published yet, and the study was fairly small. I think we have to interpret the findings about diet soda very carefully, in almost any first report, we shouldn't really change our behavior, because it could easily have occurred by chance," Willett said.

Aphasia is a condition where the patient has a language disorder. The patient has problems with comprehension, expression, repetition, reading and writing.
Advertisement
<< Here's Something New: Collagen Meals to Help Banish Those U...
Your Romantic Relationship may be Improved by Dating Other ... >>

The Essence of Yoga Selfie Addiction Calculator Find a Doctor Nutam (400mg) (Piracetam) Vent Forte (Theophylline) Post-Nasal Drip Find a Hospital Sanatogen Blood Donation - Recipients How to Reduce School Bag Weight - Simple Tips
This site uses cookies to deliver our services.By using our site, you acknowledge that you have read and understand our Cookie Policy, Privacy Policy, and our Terms of Use  Ok, Got it. Close
×