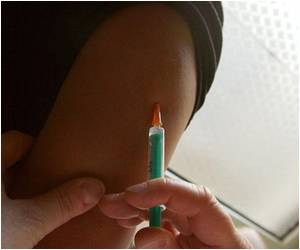 HiB is responsible for pneumonia and meningitis in children in some countries.

However, the Pentavalent immunization programme, which began as a pilot project in Kerala and Tamil Nadu in December 2011, ran into a controversy after four deaths were reported from Kerala. However, the state government refused to attribute it to the vaccine.


"Pentavalent vaccine expansion in UIP is a significant step in India's call to action to renew its commitment to child survival by strengthening key strategic public health intervention," said Dr. Satish Gupta, health specialist, UNICEF, while speaking at "Media Consultation Workshop on Pentavalent vaccine" here.
Advertisement
Endorsing the vaccine, Dr. Jagadish Chinnappa of Indian Academy of Paediatric (IAP) said: "The private practitioner have been prescribing this vaccine for over 10 years now. No serious adverse effect has been noted by them during this time."

Many health activist have also been asserting that foreign companies have been pushing pentavalent in to India, even as death have been reported in some countries like Vietnam, Pakistan, Bhutan and Sri Lanka.

They also believe that it would increase the cost of the basic Diphtheria Percutonis Whooping cough Tetanus (DPT) vaccine from Rs.15 to Rs.520 per child.

Introduced in the national immunisation programme, the vaccine is procured by the Indian government through UNICEF and Global Alliance for Vaccines and immunisation (GAVI).

Quiz on Hepatitis
Hepatitis is a common liver disease that is responsible for mortality as well as morbidity. Test .....