Exhibition Showcases Biodiversity Through 300 Matchboxes from India and Abroad 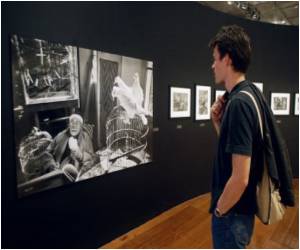 In a unique initiative to showcase the richness of biodiversity across the world, over 300 matchboxes from India and abroad, with engravings of animals and plants, are being exhibited.

At the "Saga of Life" exhibition at the Birla Industrial and Technological Museum, 350 matchboxes crafted from different materials and of varied sizes narrate the story of evolution of animals and plants as well as the origin of man.

Gopi De Sarker who has curated the display said the matchboxes from countries like Switzerland, The Philippines, Czechoslovakia and various Indian states carry pictures of native flora and fauna.


"We have one (matchbox) made from plastic which was issued by the Khadi Board in India in the 1970s. Similarly, there are others crafted from cardboard and paper. The exhibits are accompanied with nuggets of information," said Sarker.
Advertisement
The box from Assam mentions that one-horned rhinos are found in the north-eastern state. Likewise, we have added information on first reports of white tigers in India, how crocodiles have a tender side and other such interesting facts, Sarker said.

Sarker, however, lamented that matchboxes in many foreign countries are becoming obsolete.

The matchboxes are from collector Srijan De Sarker's stock.

The exhibition was inaugurated on Friday to mark World Biodiversity Day and will go on till May 28.

Celebrate the Cultural Vibrancy and Biodiversity of Peru
Peru and the Andean region of South American are all set to take you on a trip back to history with ...

Reductions in Biodiversity can Elevate Disease Risk
Having an abundance and diversity of predators - such as dragonflies, damselflies and aquatic bugs ....

Climate Change Influence to be Studied Via New 'Biodiversity Metric'
A new biodiversity metric called phylogeographic endemism has been developed by scientists....